From the top of the Lane in Beckley you can see that once again the moor is a proper wetland. The rain of the last few weeks has transformed many fields into lakes with just hedgerows, bunds and banks standing clear. The MOD land is now all flooded as are the four fields of Noke Sides and they are attracting huge numbers of birds.
On Saturday we estimated that there were in excess of four thousand Lapwings in several different flocks that erupted from separate parts of the moor when flushed by one or other of the attendant raptors. The Lapwings were accompanied by flocks of Starlings that were not feeding far from their reedbed roost site. There were also large numbers of Golden Plovers that were more difficult to count, but certainly their numbers are in excess of two thousand.


The flooded fields have attracted large numbers of Gulls. As well as the smaller Black-headed Gulls and at least one Common Gull there are  also many more larger Gulls than we normally find on Otmoor. Mostly adult Lesser Black backed Gulls, there were Herring Gulls, Greater Black backed and at least one Yellow Legged Gull, the latter a new addition to the year-list. Despite a lot of scanning we were unable to tease out a Caspian Gull.
There are large numbers of very larger gulls around and so it is well worth looking through them to find what would be the first ever record of this species on Otmoor. 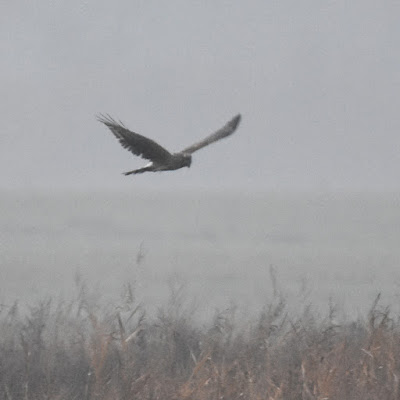 As is to be expected with such a high biomass present on and around the moor we have been seeing lots of raptors and seeing them more frequently. Where initially the Starling roost was their prime attraction, in addition it is also the flocks of larger prey species feeding out on the floods. There were four different Buzzards around the reedbed on Sunday and there are still two Ring-tailed Hen Harriers roaming across the moor. 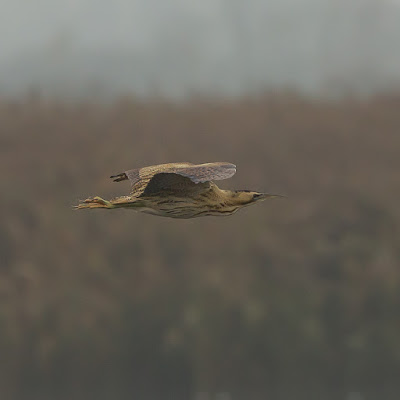 The resident Marsh Harriers are also likely to be seen as well as Kestrels and Sparrowhawks. Peregrines are now being seen regularly and the only expected raptor not seen this weekend was a Merlin. We also had the bonus of seeing a rather damp and disconsolate looking Barn Owl in the hedge beside the bridleway today.


Duck numbers across the moor have gone up very significantly but they are not being seen on the lagoon in front of the first or second screens. They have plenty of other places to be at the moment and undoubtedly the continuing presence of a family of three Otters in the reedbed is keeping them away for now. The Otters are being seen almost every day and seem quite used to being watched from the screen. Sometimes the youngsters can be seen rolling and tumbling in the water, at other times hunting and feeding and once today out on the edge of the bank.
Last weekend we were lucky enough to see Weasel along the path to the screen, the Otters at the screen and finally a Stoat near the hide. Its not often you can see three mustelids in a day! The flooding has concentrated many small mammals on the higher ground and as with the birds it is also concentrating their predators. Have started the winter feeding programme alongside the hide and on the path towards July’s meadow. After only a week it is attracting a large number of Chaffinches, Linnets and Reed Buntings. As the winter hardens it will  attract many more and hopefully a few more of the scarcer finches.
Last year there were very few sightings of Redpolls or Siskins on the reserve and just a couple of regular Bramblings, hopefully we will find a few more this year. 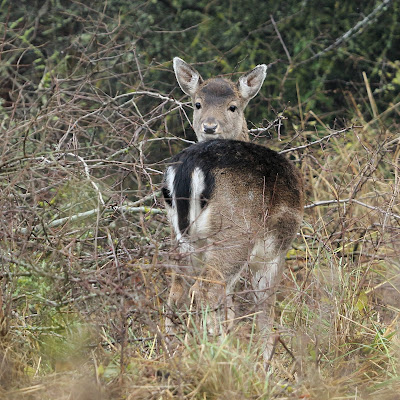