Ignoring the seismic shocks that have rent our world, with two European exits inside a week, the natural world has begun to quieten down as it always does at this time of year. Wildlife has just had to cope with some horrendous weather events including a series of torrential downpours that have kept water levels on the moor higher than one might expect in late June. One cannot help wondering how small birds and insects survive in such heavy hailstorms. I have seen trees stripped of leaves and many birds up to the size of doves killed by huge hailstones in South Africa fortunately our storms were not quite that severe.
On the moor there are warblers still singing, probably looking to have second broods. A Grasshopper Warbler was in the Carpark Field on Sunday and a very easily seen Garden Warbler was very vocal half way along the bridle path to the hide. There are also still both Sedge and Reed Warblers staking out territories.
The first juvenile Cuckoo of the year was found on Sunday morning along the bridle way. We picked it up first from its harsh begging call and eventually saw it being fed by its Reed Warbler foster parents. This weekend was the first this summer when we neither heard nor saw adult cuckoos, they will already be off on their way back to Africa.
Over the past few weeks we have noticed much more activity from Bitterns. They or it, I am not sure of numbers, are flying more readily from area to area and are much more obvious. It would be helpful to know just how frequently they are being seen and whether or not they are favouring certain locations. It may just be that they are pursuing different food sources, there are large numbers of froglets and toadlets hopping about in the wet grass.

As more dragonflies are emerging so the Hobbies are beginning to hunt much earlier in the morning, larger numbers of the hawkers and chasers are now on the wing after a slow start to the summer. There were two Hobbies perching on posts and feeding over Greenaways on both days this weekend.
Butterflies too are getting going and last weekend I saw my first Marbled White of the year. Dry sunny days that encourage butterflies out have been in short supply so far. I have not had any reports of Black Hairstreaks being seen in the Roman Road area where we have seen them in previous summers, they should be on the wing by now.
There are a number of leverets out and about on the reserve. There is one individual however close to the first screen that must be one of the most photographed Hares in the country. It is feeding in a very picturesque spot that is full of wildflowers especially Yellow Rattle and Buttercups. This area was the space set aside beside the screen for people viewing the starling roost. By the time the roost finished it was a Glastonbury-like sea of mud which just shows how readily nature can renew itself.
Finally, the two Common Cranes that are probably Otmoor’s least well-kept secret are often being seen in flight between the MOD land and Greenaways. The grass in both areas is now so tall that they vanish as soon as they land, with just the odd view of their heads coming up like periscopes to check around before disappearing again. They are the same pair that came last year. This year they arrived earlier and from all their behaviour we are certain that they made another breeding attempt. Again from their behaviours we are sure that they were much more successful than last year. Sadly they did not fledge a chick or chicks but hatched and were out of the nest with young for approximately three weeks before something happened to their progeny. We have no way of knowing what but some predation event is likely. These birds live a long time and so failure to breed on a regular basis does not matter quite so much. Our birds were of course more mature this year but still need to learn the best way of protecting their chicks. Better luck next time. 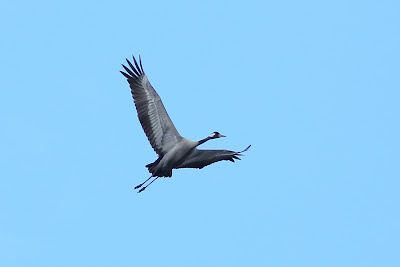 
A quiet weekend again, as we expect at this particular stage of the year. The petals have all fallen from the hawthorns and the moor is as green as can be. The phragmites reeds have now grown up through last year’s sere dead stems and in a month will start showing their soft purplish tassels. 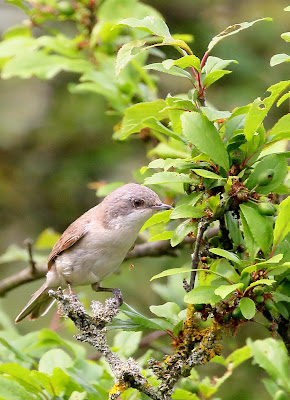 There is still a lot of avian activity to see with busy parent birds gathering food for nestlings and some early breeders looking to get second broods under way. On Saturday morning Snipe were very much in evidence along the bridleway. Birds were drumming overhead and “chipping” from the ground. One individual on Closes was calling from a prominent post. Snipe are yet again having a successful year on Otmoor. The breeding population has been increasing steadily. They have an interesting breeding strategy. They lay four eggs and when they hatch the young, as with all waders, are precocial and feed for themselves. What makes the Snipe special is the way in which two of the chicks go off with the male bird and two with the female. They go in different directions and so effectively double their chances of fledging at least some of their brood, by not having all their chicks together in the same place. 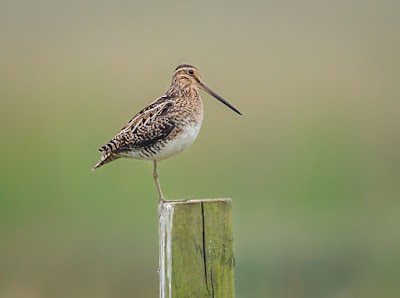 A Bittern showed very well on Saturday morning first relocating in the southern lagoon and then showing for some time as it moved steadily around the edges of the reedbed.
Unlike the secretive Snipe chicks the Common Terns are very exposed out in the open on the Tern raft in the middle of the northern lagoon. Their parents however are extremely fierce in their defence of the young. I have seen them take on Red Kites, Marsh Harriers, corvids and Grey Herons should they venture too near to the raft. They have, however, allowed a family of Tufted Ducks to share the “island” with them. 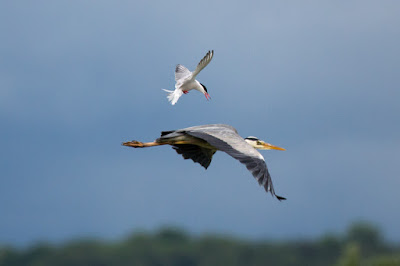 We are getting to the point now where if the Turtle Doves have bred successfully we will start to see juveniles. They are easily distinguished from the adults, lacking neck markings and having much duller drabber backs without the bright orange brown of the adults. In the past we have spotted them coming down to feed near the cattle pens and on the wires near the pump house. If anyone does see any juveniles or manages to get a picture we would be very pleased to hear about it.


Butterflies, Dragonflies and wildflowers are about to reach their summer peaks and will be there to enjoy over the coming weeks. The RSPB are hosting an Evening Wildflower Walk on the reserve on the 23rd June from 7pm until 9pm. This will allow members of the public to get out into our increasingly flower rich grassland and learn what’s there. Booking is essential as we need to know about numbers. Please call 01865 351163 to reserve a place and get additional details. It might prove to be an excellent way to avoid the media referendum hype and babble.
I will be looking for Black Hairstreak butterflies and listening out for Quail, altogether more satisfying activities, but perhaps not so important!
Posted by bark at 02:48 No comments:

End of May and into June

We have reached that time in the year when all the arrivers have arrived and the leavers have left. Everything is getting on with reproducing and raising young. The foliage is lush and dense, which makes birds harder to pick out although their voices still betray their presence.
After a long cold spell by Sunday it had slowly started to warm up after what has felt like a long cool and grey time. Despite the seasons slowing down there has still been lots to see and some fascinating behaviours to observe.
There was a wonderful moment last weekend when as we stood on the bridleway. We could hear male and female Cuckoos calling from the far side of the hedge, two purring Turtle Doves and overhead three Snipe were drumming. All can often be heard separately but seldom like this as an early summer chorus.
Warblers can be seen now with beaks full of insects and caterpillars gleaned from the trees and hedges and destined for their hungry nestlings.
It seems as if it’s been a good year for cuckoos. We may not entirely assume that until we see good numbers of young birds being fed by their foster parents in a few weeks’ time. However, there are at least four adult birds present and they are making their presence obvious with their noisy calling and fast low courtship flights.
A Bittern was seen on Saturday morning flying from one part of the reedbed to another. I am sure that they are resident all year round but have yet to breed. As the population on the Somerset levels increases we will be well placed to take up the surplus juveniles.
Curlews are calling frequently and there were at least nine birds out on the MOD land last week. I saw my first fledged young lapwing last Sunday and it will be interesting to see just how well they do this year.
Marsh Harriers are ever present and are hunting a lot over Greenaways, Red Kites are continually being mobbed by Lapwings in an effort to distract them from the chicks on the ground, although this is not always an effective strategy.
As the weather warms up more dragonflies and damselflies will hatch and the summer butterflies will be on the wing. Black Hairstreak along the Roman Road should be the next rarer species to emerge. The flower rich meadows will come into bloom, July’s Meadow already shows patches of yellow and pink from Buttercups and Campion and there are many more plants about to flower. Snakes and Lizards are both showing well, both by the screen and along the path in the car Park Field in the gaps in the hedges where trees have been pollarded. 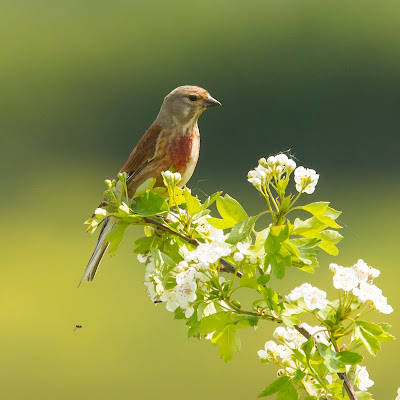 Perhaps now that it  is warmer we may hear the first Quail of the year on Otmoor telling us to “Wet my lips” I’ll certainly be listening out.
Posted by bark at 02:29 No comments: