It was an excellent weekend on the moor, with fine weather, apart from a sharp shower on Saturday and some great birding.
Early autumn migration is getting under way and we were treated to sightings of eight raptor species over the weekend. The best of which was a low fly-over Osprey on Sunday morning. The bird came from the north circling and appeared to check out the reedbed before drifting off south eastward. It was only the third sighting that I have had in all the time that I have been birding on the moor. In addition an immature Marsh Harrier was seen on both days although there is some suggestion that there are two different individuals present. On one occasion it was seen to be harassed and driven off by three Red Kites. Hobbies seemed to be everywhere you looked, which is no surprise given the very large numbers of Dragonflies. A young Peregrine was spotted sitting out on the ground on Ashgrave.
A Ringed tailed Harrier species was seen by several visitors during the last week and apparently was photographed. I would appreciate any information about this sighting.
The best place to be on the moor at present is at the first screen. The sensitive way that the reeds have been cut allows views in to some of the muddy areas and yet still affords the birds some cover and security. Over the weekend we saw three eclipse Garganey, a minimum of four Green Sandpipers, a juvenile Ringed Plover and many small parties of Snipe in this area. I also saw two different individual Water Rails one of which was a juvenile suggested by its dark bill. Kingfishers also put in several appearances as did several of the fifteen or so Little Egrets currently on the moor. Grey Herons are present in good numbers and once or twice a very pale neck stretched out above the sedge gave us a brief moment of excitement in the light of last weeks Great White Egret.
On the passerine front there were at least eight Whinchat on the reserve with three showing very well on the southern side of the hide. At Lower Farm Noke we found five Wheatears on Sunday morning, three on the barn roof and others on the fence and among the sheep. There are still Redstarts in Long Meadow and many mixed flocks of tits and warblers working the hedgerows. There are still no signs of a Stonechat but it may still be a little early for them. 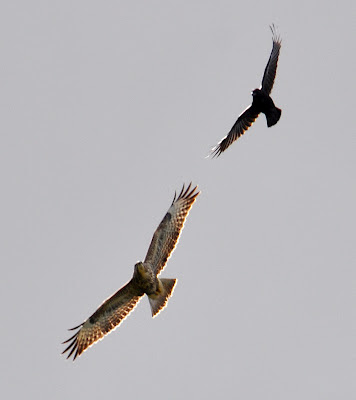 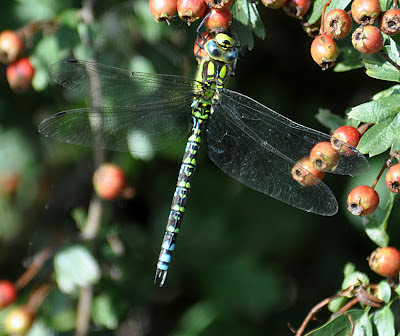 It took me until Sunday morning to realise what the subtle change that has happened over the last week was. Both mornings felt very different. It wasn’t the heat, the sunshine or the lack of wind, but the almost complete absence of birdsong. It is still possible to hear the tzacks, gurks and wheets of contact calls as parties of adults and juveniles feed along the hedgerows and reedbeds, but very few are now singing, just one rather mournful Robin in the car park field and a brief snatch of Sedge warbler from the ditch. Birds are concentrating on fattening up and moulting, and are often remaining in cover as they do so. There were a family party of young Green Woodpeckers that preceded me along the bridle way on Sunday and a clutch of six Reed buntings, not long out of the nest, practicing flying and landing in the reeds beside the path to the first screen. With patience it was possible to see all the common warblers except Gropper and the Lesser Whitethroats that I saw were looking especially smart.
A Spotted Flycatcher was feeding in the oaks behind the first screen on Sunday morning and a juvenile Peregrine flew low over Greenaways. From the first screen it was possible to see at least eighteen Snipe feeding on the edge of the reeds and a lone Green Sand. There was no sign of the Marsh Harriers that had been reported on Thursday and Friday, but Hobbies were taking full advantage of the large numbers of dragonflies that are now on the wing. There was also a report from a visitor of a Wood Warbler in midweek, he comes from somewhere in the Welsh borders and said that he was very familiar with the species. They must move through the county and I would really appreciate any further information that anyone has on this sighting.
While it is still dewy in the mornings we have often noticed efts (very young newts) crossing the paths. Young Common Lizards have been glimpsed and even photographed near the first screen. There have been several reports of diving beetles on the paths and I guess that if the pool that they are in starts to dry up their only resort is to wander off and try to find another. Any bug specialists who know better, please let us know. Many butterflies are on the wing and our non-avian surveyor Chris Bottrell saw five Brown Hairstreaks around the “master tree”, an ash along the Roman road. It will be very interesting to see, over the next few weeks, how successful they have been in such a difficult year.

I would like to start by welcoming the new blog about Otmoor, that has arrived while I have been away. It is good to get another perspective on the moor and there is always lots to see, plenty to write about and to photograph. It is great to celebrate such a wonderful site.


After a two weeks away it was good to get back to normal with a couple of visits to the moor. Birdwise we are really into the August doldrums, with a smattering of waders moving through, that are difficult to find on Otmoor, with the vegetation around the scrapes being so lush and long. The compensation is Butterflies and Dragonflies that are at their most prolific now.
Redstarts are around with at least five present on Saturday morning. There was no sign of the Whinchat that had been seen earlier in the week, but it is still probably a little early for them. The last juvenile Cuckoo was seen last Wednesday, and was reported as being fully feathered and able to fly, so has probably now departed. It would seem to have been a very successful year for them, I know of four different individuals that have been seen and it is fair to assume that there would have been others in the unvisited parts of the reserve. The most significant waders seen this weekend were a flock of around forty Snipe that seemed to split into two smaller flocks and flew over Greenaways and Big Otmoor calling frequently. Elsewhere there were Black Tailed Godwits, Greenshanks, Greensands and a Common Sand on the tern raft. There are large numbers of juvenile and eclipse adult ducks on the reserve but they are spending a lot of time out in the big lagoon on Ashgrave and are only visible when flushed by a raptor or, as on Saturday morning, by a hot air balloon. It just managed to avoid the power lines and landed over the hedge on the western side of Ashgrave, a close run thing. It is evident that Mallard, Pochard, Tufted Duck and Shoveller have all bred successfully this year. We also have a picture taken a week ago that shows, what appears to be a Garganey with a duckling.
We may have seen our first Brown Hairstreak on Saturday morning but it moved too quickly for a positive id. and couldn’t be relocated. Other butterflies seen this weekend included Brimstone, Peacock, Small Copper and Common Blue. Another unusual sighting was a Magpie Moth by the first screen.
We should start to have more migrant birds coming through in the next few weeks and amongst them I hope to find Stonechat, a species that used to over winter here in good numbers, but has not been seen on the moor since a single passage male last Autumn.