Saturday and Sunday 14th and 15th December and on towards Christmas.

The wet weather continued during the last week and at the weekend we had overnight heavy rain and showers in the daytime. The whole of the moor is flooded and from the top of the hill the term “flood plain” is perfectly described. The reason why there are no houses built inside the ring of the seven villages is clear to see.

Despite the showers the moor was beautiful at the weekend. Indigo clouds scudded across the sky and dark clouds gave way to brilliant clear rain-washed air and short  periods of bright low sunshine with a brief double rainbow that arched across the sky. For a moment the rainbow suggested a pot of gold might lie beneath Charlton church!


Just as over the last few weeks the spectacle of thousands of birds either at dusk with the Starling Roost or during the daytime with ducks, geese, Lapwings and Golden Plovers has been the defining theme on the moor. 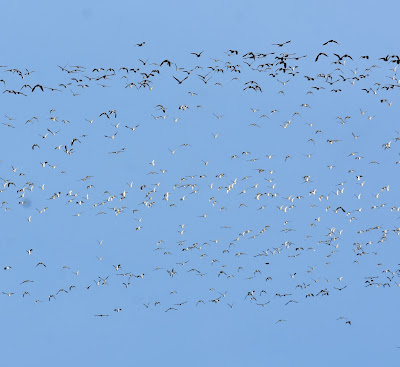 As raptors crisscross the fields and reedbeds clouds of birds ascend in tight flocks to  evade the hunters and then slowly settle back down to the ground sparkling like snowflakes as they turn against the background of dark blue-black clouds.
There are many more birds out on The Closes and on Big Otmoor than there have been recently and alongside Lapwings and feeding amongst the Golden Plovers were at least ten Dunlin and three Ruff. 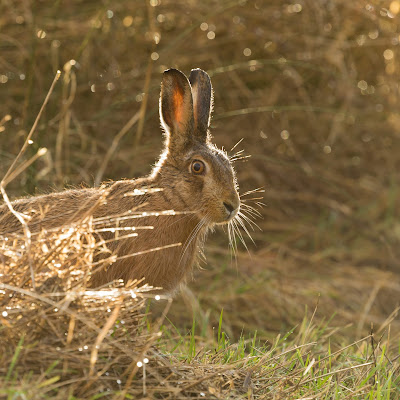 The Monday morning WEBS showed that numbers of all species were high with Wigeon and Teal having increased strongly. During this last weekend we had a sudden influx of Tufted Ducks juat as we were beginning to wonder where they had got to. 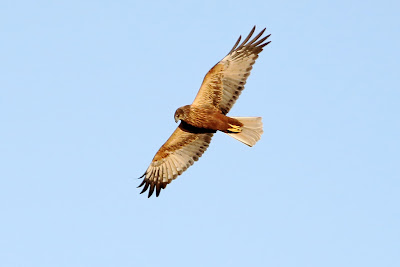 The same range of raptors are present. Marsh and Hen Harriers, Peregrine, Sparrowhawks, Kestrels and of course the ubiquitous Red Kites. What has been particularly noticeable is the increase in the number of Common Buzzards on and around the reserve. It is not clear if they are actively hunting or simply taking advantage of casualties or preying on birds that might be unwell or injured.


Bittern is being seen regularly on the reedbed and out in the middle of Greenaway’s. The winter finch feeding programme is well under way and is attracting good numbers of Reed Buntings, Linnets ,Chaffinches and a smattering of Yellowhammers.
If or when the winter hardens it will doubtless attract even more. There are Stonechats out near the cattle pens and on Sunday we found a pair near the farm at Noke.


We are ending the year with the moor looking like a real wetland after two  extremely dry years. It is exciting to see it, once again an open, wild, wet place in the midst of our rather unremarkable agricultural Midland landscape, onwards and upwards! 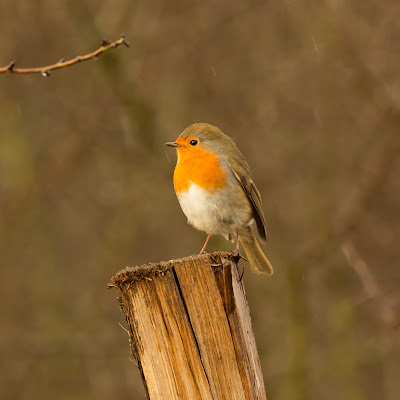 A very bird filled weekend with Otmoor at its winter best. Saturday morning was initially overcast but brightened by mid-morning and Sunday was a jewel of a day. After heavy overnight showers the skies were blue, rain-washed and clear.
The low sunlight lit everything brilliantly and from the start there were very large numbers of birds to be seen. At first the waves of Starlings leaving the roost at dawn. Then the huge flocks of Golden Plover and Lapwings sparkled and swirled across the sky as they responded to threats both real and imagined.


The real threats took the form of two Peregrines, at least one Hen harrier, a Marsh Harrier and several different Sparrowhawks. It is very noticeable how when the Lapwings flush, they stay loosely together and descend again quite rapidly.
The Golden Plover however always seem to go much higher than the Lapwings and scatter into smaller groups and flocks, flying in loose vee formations before finally coalescing and descending more cautiously, having spent much longer on the wing. 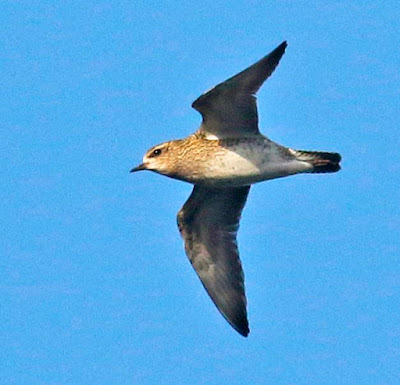 We were fortunate on Sunday to watch a young Peregrine making a number of attempts to catch  Wigeon. The ducks panicked and flew but only out into open water rather than up into the air where they might have been more at risk from the Peregrines aerial agility. What was so impressive from the Peregrine was its ability to suddenly accelerate whilst still in level flight just as if it had dropped down a gear, also evident was its bulk and power.


We were surprised to  see and hear two Curlews at the weekend normally we expect to see an influx of them towards the end of February. There  was also a Black-tailed Godwit seen feeding out among the ducks.
Several Shelduck have been seen over and around the reserve over the last few weeks most often out on the large lagoon halfway up Ashgrave or flying between there and one of the adjacent flooded fields.
An interesting arrival on Sunday was a Common Crane. Its rings identify it as a bird known as Bopbop !! It is a female and has visited Otmoor before on a couple of occasions. It is odd that it hasn’t yet gone down to Somerset for the winter as “our” regular pair have. They are currently amongst the large flock on the Somerset Levels.


Large numbers of geese and ducks are to be seen out on the Closes which is more flooded this year than I can previously remember. It appears that the wildfowl are favouring areas that have not been flooded for some years as there is a wealth of grass seeds and invertebrates that have been lifted out by the water. On the Closes the grass had until very recently been grazed and so there is plenty of short green stuff for Wigeon and geese to graze.


We feel we have seen fewer winter thrushes this year than we remember from previous autumns. It may be that there hasn’t been the usual abundance of Haws and Sloes on the reserve this year, due partly to a very late hard frost last spring. They may already be feeding out on fields as they normally do once the fruit has been consumed.


With the Starlings in the evenings and the early mornings, the Golden Plovers, Lapwings and Ducks during the day, Otmoor is offering some wonderful spectacles at the moment. For sheer numbers of birds and of course their attendant raptors there is nothing else in the Midlands to match it.

Water levels across the moor have continued to rise as the water drains down the slopes from the surrounding woods and fields. The MOD land to the east of the reserve is flooded in a way that we have not seen for over four years.
There is also significant flooding on the fields to the west of the moor. These fields are attracting large numbers of Wildfowl, Golden Plovers, Lapwings and Gulls. Many of the birds are roosting overnight on the slightly higher and nearly dry parts of these fields, where the surrounding water offers some security from land predators.
Already the very low maxima of wetland species recorded last winter have been overtaken, clearly showing how dependent our wintering birds are on having high water levels.


The Starling roost is once again in full swing and although there is no guarantee that there will be a spectacular swirling murmuration the sheer numbers of birds coming in to roost is impressive just on its own. The sheer biomass of these birds is what draws in the raptors. 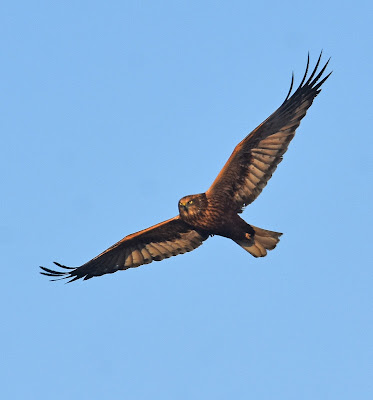 Marsh Harriers and Hen Harriers are regular attendees as are Sparrowhawks and Barn Owls. 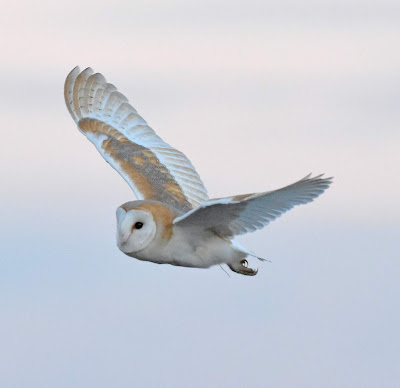 This weekend there were four Common Buzzards hanging around the reedbed during the day. They may be looking out for the inevitable overnight casualties amongst the Starlings or perhaps the floods have concentrated their small mammal prey on the higher ground. 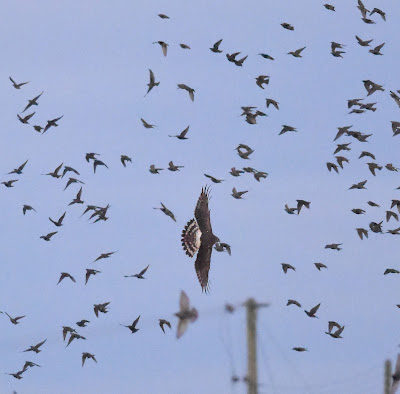 Grey Herons are stalking across the drier parts of the fields and competing with the Kestrels for the voles that are concentrated there.
On Sunday huge flocks of ducks were out on the water of the MOD land. Both Teal and Wigeon flocks around the reserve are approaching one and a half thousand and will probably increase as the floods die down on the surrounding farmland and concentrate the birds in the wetlands. There were almost fifty Pintail recorded on the rspb Webs count last week and we saw them both on Noke Sides and on Saunders Ground. 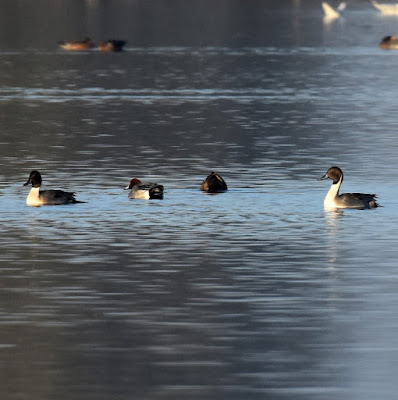 They are the most beautiful of ducks, streamlined and powerful, as someone commented the other day “the Ferraris of the duck world”
Fieldfares and Redwings are polishing off the few remaining Haws in the hedgerows and in Morley’s (the carpark field) They are in competition with the predominantly male Blackbirds that have taken up “ownership” of particular bushes. 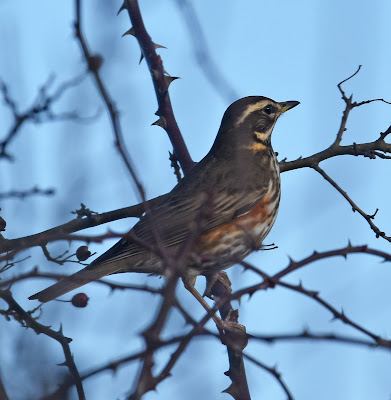 I was told at the weekend that the male Blackbirds we are seeing are European birds and their female counterparts’ winter further south.


The work last year to repair and stabilise the bund on the northern edge of Ashgrave has proved successful and the holes have been repaired. As a consequence, there is now a significant amount of water out in front of the wetland watch, at present it is largely being used by feral geese but as the winter draws on it will attract more varied wildfowl. 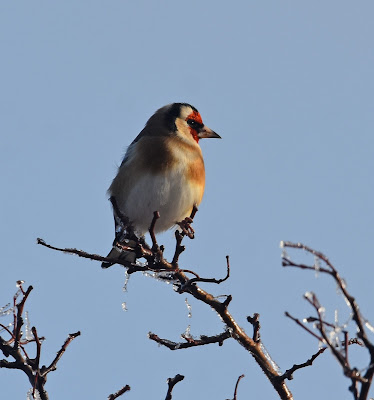 We have started the winter finch feeding programme alongside the hide and at the water’s edge and it is already drawing large numbers of seed eating birds, principally Reed Buntings and Chaffinches but there is also a smattering of Yellowhammers and Goldfinches. It will be worth looking here for the first Otmoor Bramblings of this  winter. 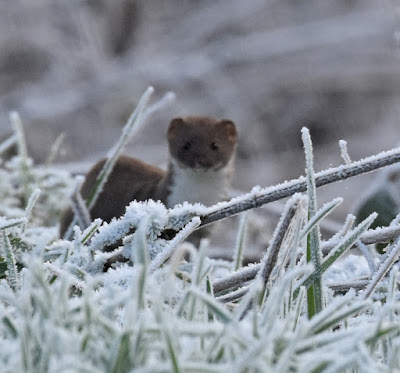 There is a Weasel that is holding a territory near the kissing gate and the path to  the first screen. I wasted a good deal of time trying to get a reasonably well focussed picture  of it on both Saturday and Sunday mornings. My camera choosing to  focus on the frosty grass rather than the quicksilver like animal. They are the most agile, active and sinuous creatures and a delight to watch. Otter sightings have tailed off a little of late but there was a sighting reported on Sunday. 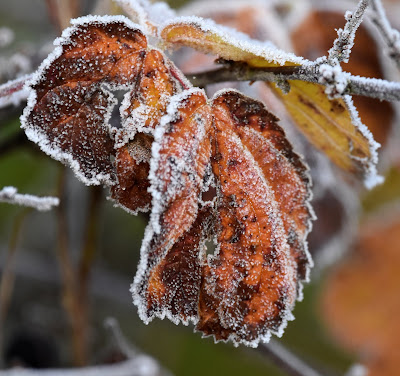 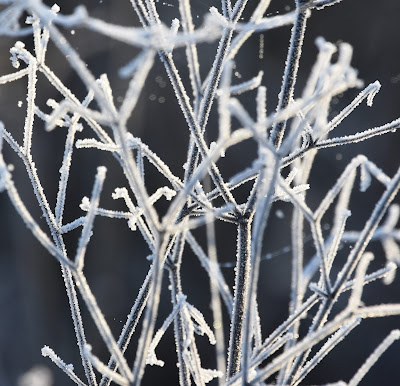