Summer finally arrived this weekend and it was long overdue. It meant that there were more birds to be seen out and about in the hedgerows and both Butterflies and Dragonflies were on the wing in significant numbers making up for lost time.
Redstarts are still present with at least four on Sunday, one of which is a very young juvenile (see picture on otmoor birding) still speckled and with a yellow gape showing. Elsewhere the Grasshopper Warblers near the feeders have put on a great show this weekend offering excellent photo opportunities for the patient. I suspect that they are a family group and individuals have been seen on the fence and in the willow tree that is about ten metres out and to the right of the seat. Whitethroats, Willowchiffs and Blackcaps were also easy to find.
There were fewer waders to be seen this weekend with the large flock of Lapwings loafing around in the middle of Ashgrave and a lone Green Sandpiper flying over on Saturday morning. Several broods of Tufted Ducks could be seen with very young ducklings including one with eight balls of fluff, in the channel dividing the two halves of Big Otmoor. Both Turtle Doves and Hobbies were reported on both days.
Having found Silver Washed Fritillaries on the edges of the reserve in previous years, it was great to actually find them on Sunday morning flying over the fence and onto the southern tip of Ashgrave, to take on minerals in the heavily puddled and poached mud. On the pond in July’s Meadow an Emperor Dragonfly, resplendent in blue and green, has taken up residence and posed a challenge to photographers, by never settling for a moment. The wet weather has been good for flowering plants and there is a colourful display of wildflowers to be seen along all the paths.
Posted by bark at 06:47 No comments:

Another grey and drizzly day on Saturday but at least on Sunday there was a bit of a reprieve with some very welcome and unusual sunshine, but as I write on Monday morning, the weather has once again reverted to its default mode.
There were still some birds to be seen, at least six Snipe were flying around together over Greenaways and the eastern side of big Otmoor, not quite drumming but almost. Seven Redshank were flying together as a small flock and were probably some of this years juveniles. At least one black tailed Godwit is still on the reserve but it is almost impossible to tell if there are any other waders around as water levels are high and the grass is even higher.
Another juvenile Cuckoo was seen by the first screen being fed by Reed Warblers on Sunday morning. At least three Redstarts are still present one male and two females, they look like adults and are possibly failed breeders. Sadly there was no sign of the Whinchat that I had seen earlier in the week along the bridle way, but there will certainly be more through as we move into late summer.
The better weather on Sunday brought out a lot of Dragonflies of five different species and more butterflies were on the wing, but all the authorities are predicting that this will be a catastrophic year for them.
Four Hobbies were taking advantage of the dragonflies over Greenaways and providing spectacular close views. The wet has meant that hedgerow herbs and flowering plants are lush and prolific and there is thus a little compensation to be found in admiring the botanic!
Posted by bark at 01:19 No comments:

Despite having had misgivings about the impact of the unusual summer weather on breeding passerines, there are good numbers of juvenile birds to be seen in the car park field. There are many custard coloured Blue Tits and Great Tits making use of the feeders, while juvenile warblers chase each other around and forage in the bushes. Adult birds are singing again in preparation for second broods. There were at least three Grasshopper Warblers reeling this weekend with two in the car park field and another along the path between the bridle way and the first screen. When I arrived on Saturday morning there were Bullfinches, Linnets, a Reed bunting, two Whitethroats,a Yellowhammer and a Turtle Dove all seen on the wires before getting to the pump house.
Waders were again in evidence with two Little Ringed Plovers and three Green Sandpipers on the Big Otmoor scrapes. Juvenile Redshanks are noticeable around the same scrapes distinguishable from adults by their more speckled backs, plain bills and their yellowish-orange legs. There are a substantial number of Lapwings, both adults and juveniles around over Ashgrave and Big Otmoor. There are still one pair near the bridle way protecting a late chick and it is interesting to see that twenty or thirty Lapwings are still flying up to harass red Kites when they come over the field. The bulk of the Lapwings, a flock we estimated at about one hundred and twenty, are spending a lot of time around the invisible scrape in the centre of Ashgrave. They can be seen when the birds flush for passing raptors. Along with them are two Black Tailed Godwits, a couple of Dunlin and possibly other wader species. They are only visible in flight and at a considerable distance. As the water draws down on Big Otmoor and more mud appears there will be better feeding opportunities there and thus more chance of seeing them. If anyone has managed to photograph them it would be good to identify which subspecies they belong to.
There are also increasing numbers of ducks using the open water on Ashgrave, at least thirty Teal were there on Sunday and a substantial flock of Mallard. Tufted Ducks, Gadwall, Pochard and Shovellers are also out there.
A Kingfisher was seen on Saturday morning and a pair of Ravens spent several hours sitting on the posts in the middle of Big Otmoor. Having decided that the Cuckoo I saw last weekend was likely to be the last of the year we saw another this Sunday. There have also been reports of a juvenile being fed, halfway down the lane from Beckley.
The lack of sunshine meant that again there were few butterflies to be seen which is very disappointing......but as the song says “things can only get better”..........at least I hope so! 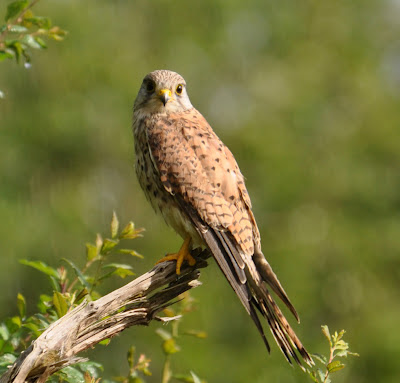 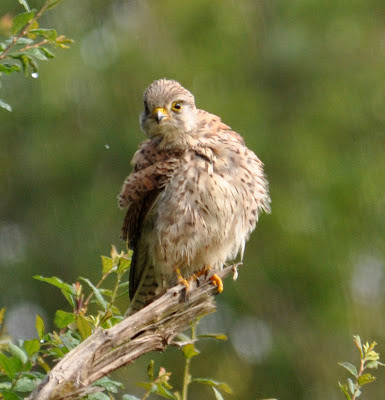 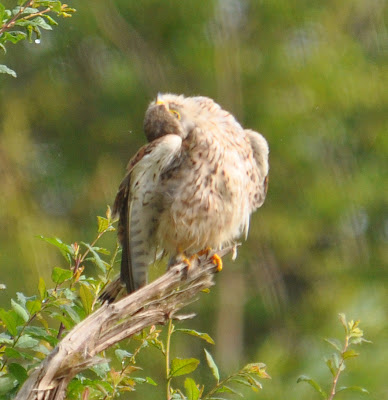 Well it still doesn’t feel like high summer, better this weekend than last, but still breezy with occasional showers.
There were a few more waders about with a Green Sandpiper on the second scrape on Greenaways in addition to the two seen during the previous week on Ashgrave. A Greenshank was reported on Friday and heard on Sunday. There are still one or two Lapwing chicks on Big Otmoor and there are at least seven fledged juvenile Redshanks together and moving around the scrapes. A Little Ringed Plover was also present on the Big Otmoor scrapes. One of the scrapes has drained down well and is showing a lot of attractive mud for passage migrants. Unfortunately there was no sign of Fridays reported Knot. I have also heard of a summer plumaged Black Tailed Godwit that was seen on Saturday on Big Otmoor
Many warblers are singing again and the Grasshopper Warbler in the usual spot by the feeders was showing well on Sunday morning. Lesser Whitethroats are again very vocal along the bridleway and on the path to the second screen. A Cuckoo seen on Sunday morning may be the last adult that we see this year.
A juvenile Kestrel gave excellent views beside the path to the second screen and offered great photographic opportunities as it went through a complete preening session after a bath. It seemed unafraid and showed amazing flexibility in the way that it managed to service all of its different feathers even those that seemed most difficult to access. Hobbies continued to hunt actively over Greenaways and it was very pleasing to see at least five Turtle Doves in the carpark/Roman road/cattle pen areas.
There were many more dragonflies about but the cool breezy conditions have meant that there are still not as many Butterflies on the wing as we would expect for early July, a warm, still and sunny day will bring them out in great numbers......should we ever have such a day again!