Things have remained been much the same down on the Moor during the last two weeks. What has changed is the huge amount of water that has fallen. The Roman Road has become a River and the MOD land is now an unbroken lake.

I cannot remember when it has been quite so watery down there. 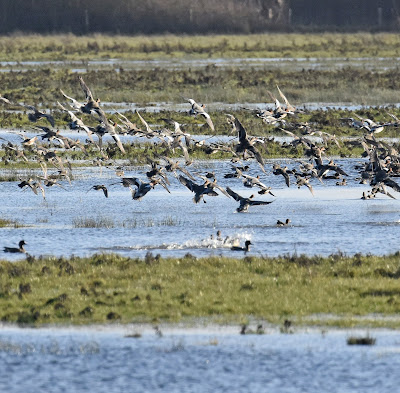 The majority of birds seem to have relocated now from The Closes to Noke Sides. The Closes is now far too flooded, there is little solid land for birds to roost on or to feed on. With the grass being submerged even the Wigeon have left and are now concentrated on Big Otmoor, Ashgrave and the Flood Field. The goose flocks are also now to be found on Ashgrave and on Noke Sides.
This week forty-seven Russian  White-fronted Geese were seen out on the field directly behind the first screen on the last field before the River. Amongst the other geese we have found Egyptian Geese and we still have a flock of nearly forty Barnacle Geese.
There are nearly one thousand Canada Geese and probably four hundred plus Greylag Geese that make up the bulk of our goose population. Amongst them are scattered a number of odd hybrid geese of indeterminate parentage. As I remarked last time it is the presence of these feral geese that offer safety in numbers and encourage their wilder cousins to stay. 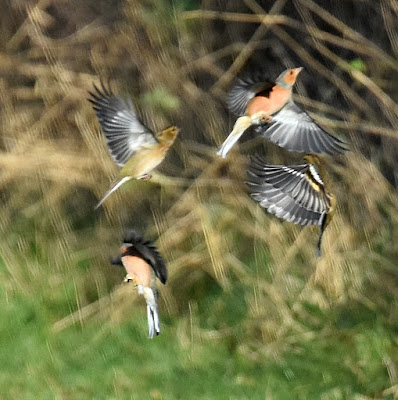 The winter-feeding programme beside the hide is continuing and is encouraging very many more seed-eaters to visit. Both male and female Bramblings are now being seen regularly. Alongside Chaffinches, Reed Buntings and Linnets. Other birds are taking advantage of the free food including Moorhens, Pigeons, Stock Doves and corvids.

One of the shyer species that can sometimes be seen feeding on the seeds is a Water Rail which pops out from the ditch and scuttles rapidly across the path and partially emerges from the vegetation to pick up the finest seeds. Just as in previous years Sparrow Hawks are aware of the large numbers of small birds feeding and will occasionally power along the path scattering the birds everywhere and hoping to surprise a meal. 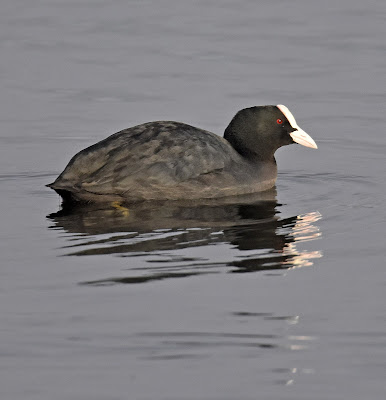 On the lagoon in front of the first screen there has been a flotilla of around twenty Coots. The Coots are just beginning to get to the aggressive stage in their pairing up and courtship, when they bicker and fight with each other and with other pairs. Last weekend one of them seemed to be in difficulties thrashing and splashing about. The people watching realised that it was actually under attack from below and sure enough an Otter appeared beside it and carried it off.

Most recent Otter sightings have been in front of the second screen. It seems no wonder that there have been very few wildfowl out at the second screen apart from four Mute Swans. Last weekend I did however see a Bittern lurking on the edge of the nearest reeds to the left of the screen. It appeared and disappeared so rapidly that all we could see were the reeds moving as it made its way back deeper into the vegetation. 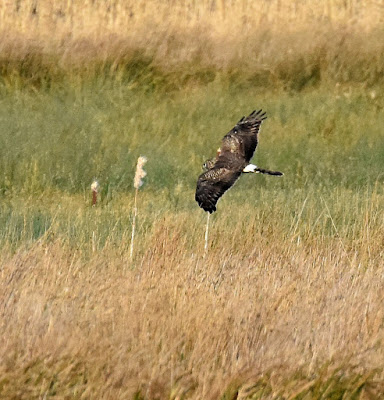 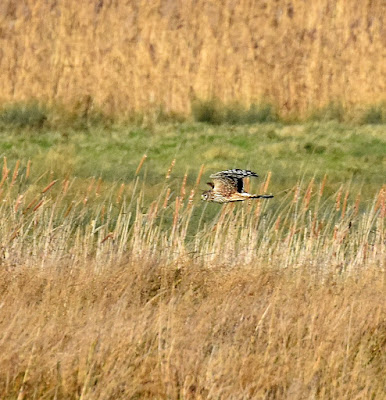 Raptors are showing well. There is a regular ring-tailed Harrier being seen both at the starling roost and hunting across Greenaway’s and the reedbed. We are sure that there are three different Marsh Harriers on site.

One of them appears to be a first winter juvenile and may only recently have arrived as it comes much closer than either of the adult birds. Merlin is being seen most frequently over The Closes although that may change now that many of the birds from there have relocated elsewhere. 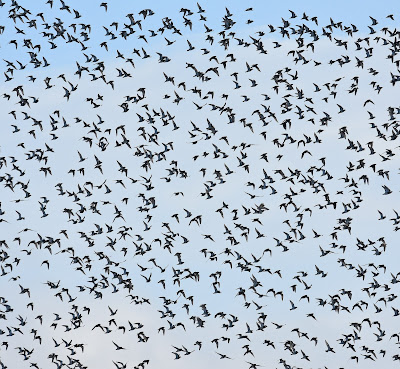 On Sunday last a male Peregrine was flushing all the birds from Noke Sides and spending quite some time perched in the old bare oak tree in the middle of the hedgerow halfway across the field.

I will be posting a review of the year in a weeks’ time and I am keenly looking forward to starting the 2021 yearlist off tomorrow morning.