The Start of October


I did not get down to the moor at all last weekend, the rain was monsoon like on both Saturday and Sunday. I spoke to a farmer at Noke and she said she recorded 90 millimetres of rain between Friday and Monday. When I finally did make it down there at the beginning of last week the transformation brought about by the storm was extraordinary.
From the top of the hill one could see that most of the MOD fields were flooded as were many of the lower lying sheep fields at Noke. An Otmoor regular found to his cost just how deep the waters were on the way out to the Pill, from whence he had to cut short his visit and go home and change into dry clothes!
On the reserve itself scrapes have filled up and at the second screen the extensive mud around the margins has mostly disappeared.

The stormy weather of the end of September and the beginning of October has hastened the onset of full autumn migration and altered the suite of birds to be found on the moor. This last weekend was dry but still windy on Saturday however Sunday was one of the most perfect still sunny autumn days. 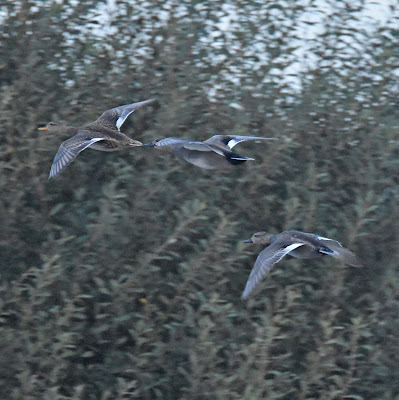 At the first screen there were many more ducks to be seen and the Wigeon flock has risen to over two hundred more significant was the steep increase in Teal. They were out in the middle of Big Otmoor and we estimated that there were at least four hundred there.

Shoveller numbers too have increased and there are still lots of courting Gadwall present. On Sunday there were four Pochard amongst the Mallard and the two Pintail were still out there on Saturday. We did have a small flock of ten or twelve Pintail flying over on Saturday.

Golden Plovers are being seen more regularly with small parties passing over but not yet roosting out on Big Otmoor as they will do as the winter progresses. Lapwings too are once again being seen in loose flocks.

We had several little groups of Siskins over on Saturday and on Sunday our first Redwings were seen. We heard that there had been some Redpolls spotted up near July’s Meadow and when we went to look, we found sixteen of them feeding in the dry weeds beside the path. Sadly, we failed to get any pictures as they were very flighty, but fortunately another visitor managed to get a shot of one of them. There was no record of Redpoll on the reserve at all last year and It is good to see them back. Another Otmoor regular found two Rock Pipits out at the second screen, on the island that has by now almost disappeared.

The other new bird to add to the yearlist was a Jack Snipe flushed by one of the RSPB staff out on Ashgrave. This was another bird that failed to be seen last year and our list now stands at a respectable one hundred and forty-six species. 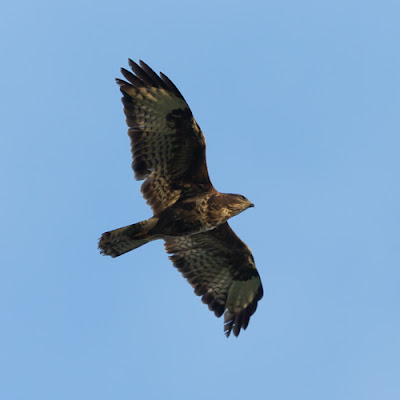 As the Starling roost starts to build up and the large flocks of Lapwings and Golden Plovers arrive, so we find an increase in the number of raptors that we see. This weekend we saw at least two different Marsh Harriers, Kestrels and Sparrowhawks. Excitingly on Sunday afternoon, the first Hen Harrier of the season was reported hunting over Greenaway’s. On Saturday morning we saw an aerial duel between a Peregrine and a Red Kite.

The Peregrine had taken a real dislike to the Kite and made a number of furious passes at it, seemingly cheered on by a party of Jackdaws that contributed a lot of “chakking” noises but stayed well clear. On Sunday we had a very dark morph Buzzard over, the regular Buzzards that we see tend to have much more white and pale colours in their breasts. 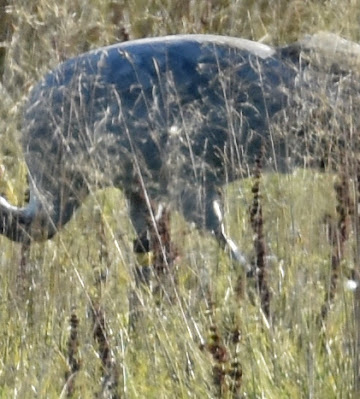 We have massive numbers of feral geese on and around the moor at the moment and they occasionally move en masse, this is a very noisy business as they all call as they fly and despite their being not properly wild it makes for a very spectacular sight. I heard such a cacophony start up on Sunday morning and heard another sound amongst the braying of the geese. It was bugling and sure enough I confirmed it when later I found two Cranes. They were in very long dry grass and as far as I could tell only one of them was ringed, its’ colour rings identify it as male called “Wiz” that attempted to breed this year in Somerset.

As the leaves are falling off the trees it is easier to spot the smaller birds that are foraging in the hedgerows such as Chiffchaffs, Goldcrests and Wrens. 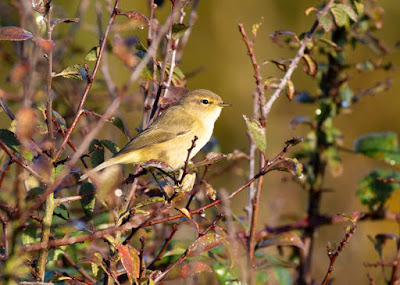 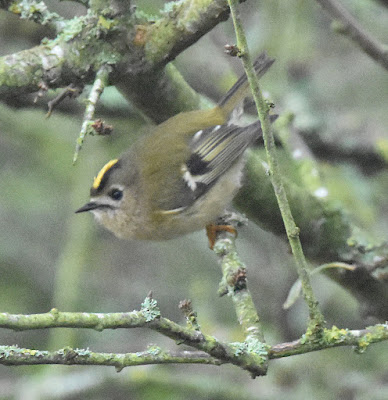 Along the track to the second screen there are adult and juvenile Hares that are becoming fairly confident around people and are offering some exceptional photo-opportunities. It is interesting that it often seems to happen like that, last year there was a Hare that would sometimes come too close to photograph! 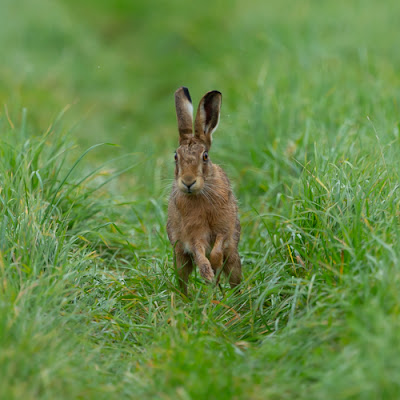 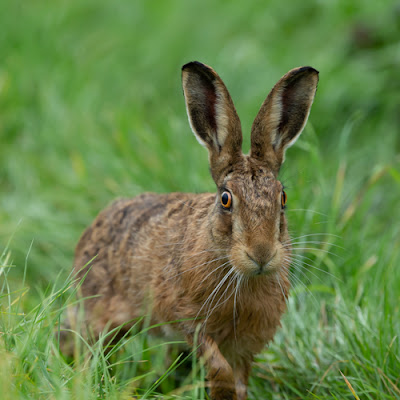