It was a tonic to get down to Otmoor this weekend and realise that, despite the trials and tribulations being experienced by the human population, the natural world is just getting on with life. Spring is in the air, mild weather and lengthening daylight has triggered the urge for countship and breeding. 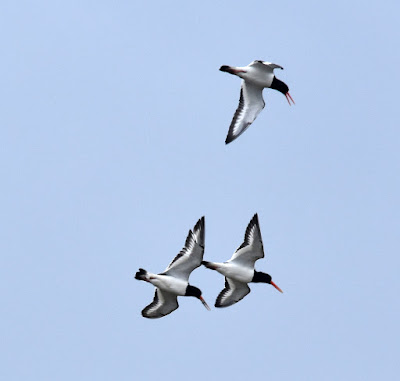 The warmer weather and southerly winds are bringing in the first of the summer migrants. A Willow Warbler we heard singing at the end of the Roman Road on Monday morning was a very early arrival. Chiffchaffs are also moving up and down the hedgerows busy flitting, feeding, not pausing but giving their distinctive song as they go.
It is a very birdy time of year when many winter visitors have yet to leave and summer visitors are beginning to arrive. 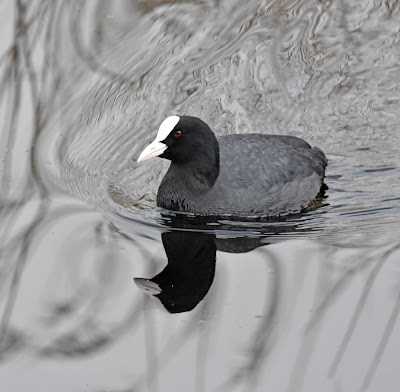 Some bird numbers are now starting to decline. The thousands of Golden Plover from earlier in the winter are now reduced to hundreds. As they sit out on the fields facing into the wind a scope view reveals that many of them are moulting into their handsome summer plumage, with gold spangles appearing on their backs and black throats and bellies. Lapwings are now dispersed across the fields and are displaying and calling wildly.
The sound of calling  Redshanks, Lapwings and Curlews marks a very particular time of year on Otmoor, before the soundscape becomes swamped by the songs and calls of newly arrived warblers. Our resident birds are already singing. Chaffinches and Reed Buntings most noticeable amongst them with an occasional Dunnock cranking out its cheery song from the top of a bramble or fence post. Reed Buntings were amongst the most numerous species we recorded when we did a hedgerow survey on the MOD land on Monday. As well as the birds setting up breeding territories across the moor, there are still a large number of them coming in to take advantage of the feeding programme alongside the hide. 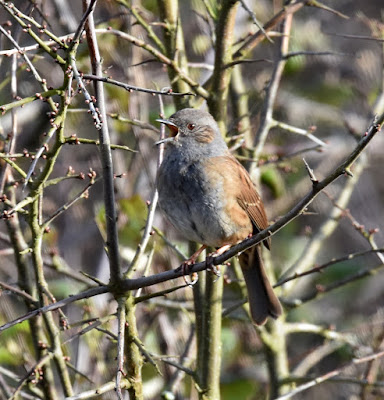 There is also a flock of fifty or so Linnets, some Chaffinches, five or six Yellowhammers and a number of Goldfinches feeding on the fine seed mix that we are putting out for them. This food source fills the hungry gap for seedeaters when seeds in the wild have run out and before farmland weeds set this year’s seed.
The Black-headed Gull colony that has developed over the last few years is once again getting started. Their courtship is very loud and what seems to us to be aggressive and harsh, the main focus of the colony seems to be in the eastern end of Big Otmoor with birds going over to the southern lagoon to bathe and preen. Last year we recorded several Mediterranean Gulls around and over the colony and we will be looking for them again this year. 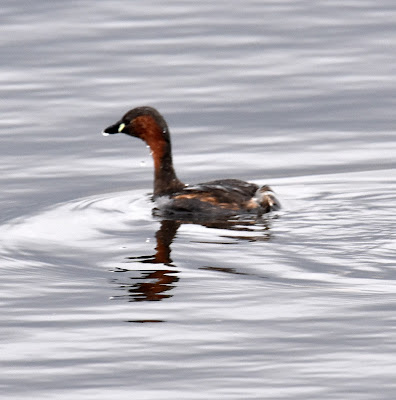 We spotted our first Sand Martin of the year from the first screen on Saturday morning and on Sunday I realised that a pair of Little Grebes were back on the southern Lagoon. A Bittern is booming regularly now from the middle of Greenaways and on Sunday morning I had a brief view of one flying low over the southern reedbed.
There are certainly three Marsh Harriers over the reed-beds, and they appear to be a “ménage a trois” just as they were last year. One of the females is especially distinctive having at least one primary missing from the end of her right wing.
There is still at least one Hen Harrier making the rounds of the moor, my photograph suggests some paler feathers appearing on the upper wings and I wondered if this ringtail is in fact a juvenile male. Time will tell as the last similar one moulted over the summer into a splendid male by the autumn and then stayed around the moor all winter before heading off the following spring. (I have been advised that the bird is still in full juvenile plumage and the paler band is a normal juv feature and has just abraded a bit paler. Many thanks I.L.)
The Yearlist is currently standing at ninety-five species and will soon surge ahead as the trickle of new arrivals becomes a flood. 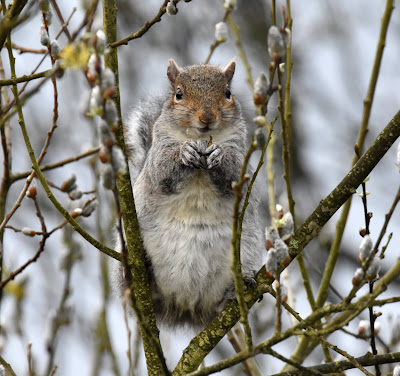