A relatively mild but wet and stormy period, when water levels have continued to rise, and the huge flocks of Lapwings and Golden Plovers have continued to be the star attractions on, over and around the reserve. The birds are very restless and flighty.
It only takes one or two individuals to panic and the whole flock will take to the air. Just occasionally it is possible to pick out the raptor that has caused to commotion. Peregrines cause the most consternation flushing even the larger ducks, but Buzzards and Harriers will push up the waders and cause the grazing Wigeon to take to the water. It is worth checking out the large oaks in the first hedge across Noke Sides as both of the Peregrines on site spend time watching from them.
The strong winds have strewn the Lapwings and Golden Plovers across the sky in ragged skeins. The birds return to the ground eventually after flushing and hunch down heads into the wind.
Looking through them with a telescope is a frustrating business, I found a slightly different bird on the edge of the mass this weekend and just as I was trying to put my companions onto it, all of them took to the wing and once they re-settled I could not find it again in the throng.


At the first screen the open water has attracted over thirty-five Pochard and I am pleased to report that “our” regular leuchistic drake “Luke” is amongst them for the fifth year running.
In addition, there are Gadwall and Tufted Ducks on the lagoons but just a scatter of other species, the large numbers of Wigeon, Teal, Mallard and Shovellers are out on the Flood Field and on Big Otmoor, where there are also significant numbers of Pintail. 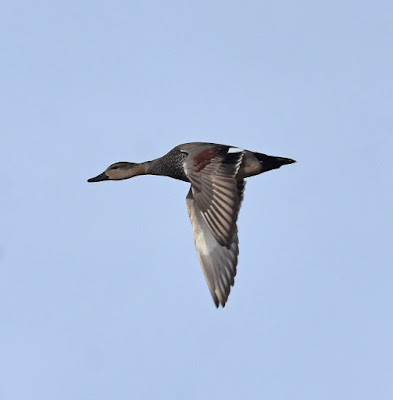 
A Barn Owl has been hunting along and around the path to the second screen and is often still out and about well into mid-morning. Wind and rain overnight can not be helpful to bird that relies so much on its hearing for hunting success. 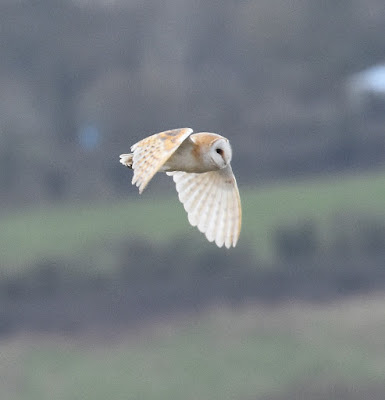 A Kestrel has taken up a regular perch on a low bush close to the viewing area for the starlings and is quite approachable. The bund with its elevated position must have become a refuge for small mammals avoiding the flooding on the fields, thus attracting both raptors.


We thought on Saturday that we heard the first booming from a Bittern, distantly from the far side of the reedbed. It didn’t persist and we were less than totally certain, but records over the past few years show that it is about now that they start calling and it has been an unseasonably mild winter thus far.
The Grey Herons are building nests and squabbling in the reedbed, flying in with necks stretched out straight and carrying sticks and twigs. As they reach the nest site they call and raise their crests in display. 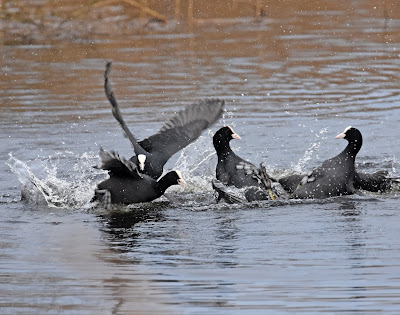 Coots are now fully into their “Coot Wars” the slightest dispute will lead to a mass brawl, birds from the far side of the lagoon will patter across the surface to pile into the fight, like drunks outside a pub on Friday night.