As we start the new year Otmoor is once again a real wetland, after three years of less than average rainfall and very dry summers. The fields surrounding the Reserve are all flooded, and it is obvious why no houses were ever built on the floodplain. Our reedbed reservoir, ditches and scrapes are all well above their target water levels and once again we are attracting massive numbers of waders and wildfowl.


This last week we have seen well over a thousand mixed ducks bobbing about on Saunders Ground ( the first of the large MOD fields ) now more of a lake than a field. Scanning through them showed predominantly Teal and Wigeon but with a significant number of Shovellers and well over fort Pintail. On the reedbed lagoons there were approximately fifty Tufted Ducks, and up to twenty Pochard and a similar number of Gadwall. 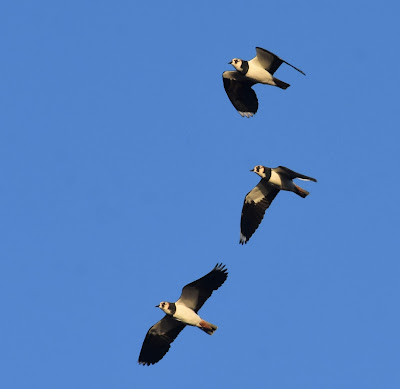 The flocks are very mobile spending time both on our fields and neighbouring fields. Occasionally it is possible to appreciate just how many birds are there when a Peregrine makes a long pass over the whole area and its progress can be tracked by the separate flocks flushing up in turn as it passes over.
An Otmoor regular had to explain to a number of people on the bridleway that they were not seeing the Starling murmuration over the northern edge of Greenaway’s as they’d thought, but Lapwings and Golden Plovers flushing from the Flood field. As they fly up, the tight flocks of Golden Plover wheel, flashing their white bellies as they turn and flicker like snowflakes against dark clouds.

On the flooded grassland of Noke Sides there were at least fifty Pied Wagtails feeding with a smaller flock of about twenty on The Closes. I assume they are heading into the reedbed to roost. Just as last year the number of finches coming in to the feeding programme beside the hide are starting to increase. 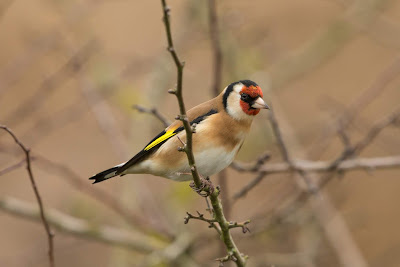 Principally Linnets, Chaffinches and Reed Buntings, there are now more Yellowhammers and Goldfinches to be found amongst them. 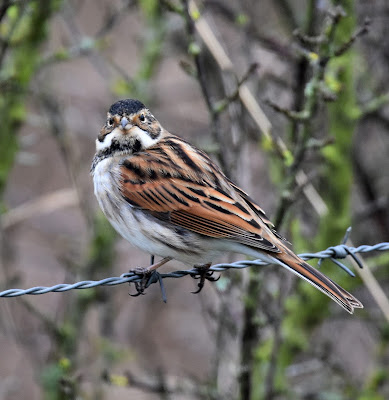 On New Year’s morning we were treated to a close and sustained view of a Bittern at the first screen. We first saw it swimming along the edge of the closest clump of reeds. It slipped amongst the stems and then proceeded to work along the margin, appearing and disappearing briefly. The cryptic plumage meant that when it froze at times it was almost invisible, yet still remained in plain sight, provided one knew where to look! 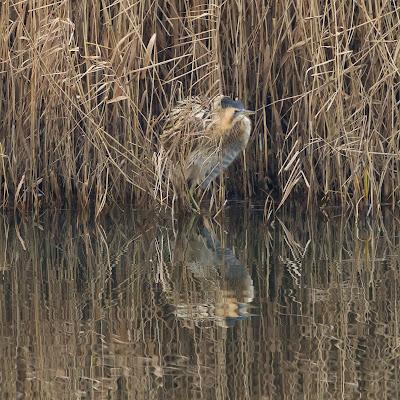 Sometimes when hunting it lay its head flat on the water almost submerging its eyes. Eventually it “sky-pointed” prior to taking off, fluffed out all its feathers and flew clumsily across the narrow bay before tiring of its hunting, relocated to another more secluded part of the reedbed.


The Starlings continue to draw crowds of admirers, but as ever their displays are unpredictable and their numbers hard to estimate but we feel that there are at least fifty thousand coming in to roost nightly. The paths are very muddy but passable with wellies and the viewing area has cut up very badly. It is worth while walking further round the reedbed to the second viewing area as this is considerably drier. Great care must be taken when driving down Otmoor Lane from Beckley, there is a particularly deep and difficult set of potholes at the bottom of the steepest part and right on the bend. 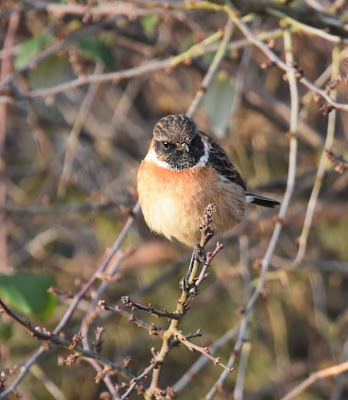 We ended last year with a list of one hundred and forty-four species seen on the moor. It was the lowest total for twelve years and reflected how few different species of wader we saw in 2019. The very wet start to this year means that conditions will be much more favourable and attractive to passage waders. Already we have a small flock of Dunlin feeding on the Closes and a small flock of ten Ruff out over the flood field.
It will be fascinating to see what the coming year has in store for us. I was talking to a well known birder last week who was saying that with the huge numbers of  birds around the moor at present, there is a real possibility of one or two scarcities amongst them, perhaps even a real rarity, it’s just a matter of digging them out. I might suggest that big Otmoor is the first place to start looking. 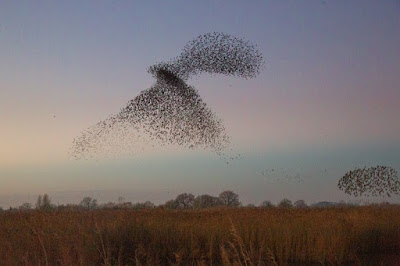 It now looks as though the Starling roost has “crashed” and the birds have moved elsewhere. Please let anyone who may be thinking of visiting that this has happened, There is no particular reason that we can discern it may just be that food reserves in the immediate vicinity have been depleted.