Saturday was grey, cool and breezy, Sunday in contrast was bright, very cold to start with, but as often happens at this time of year, by mid-morning I was feeling overdressed. Autumn was certainly in the air.
On Sunday the tits and warblers were taking advantage of the fine weather to feed on the abundant insects while the seed eaters were tackling the fluffy heads of thistles, spiky teasels and sticky burrs. 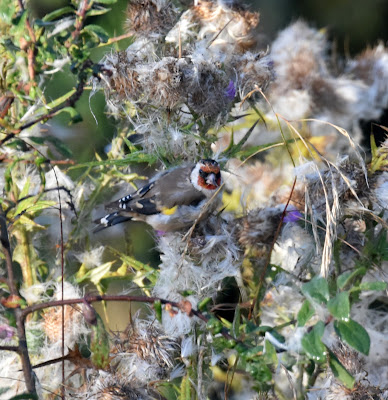 Saturday was quiet and unremarkable until we walked out to the Pill. On our way we found a Spotted Flycatcher hunting from a dead hawthorn in the lee of the hedge. 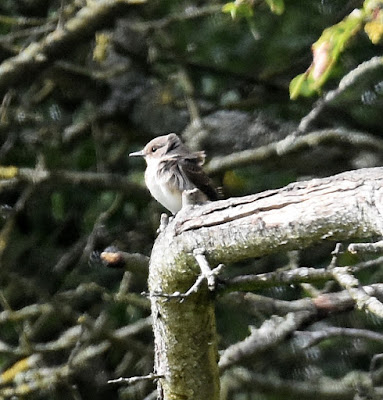 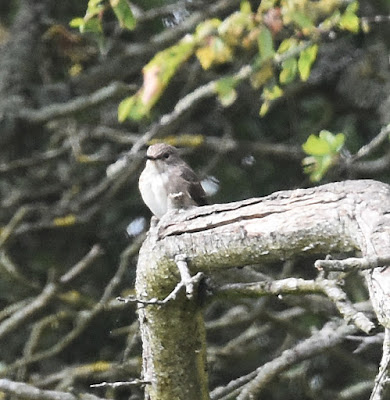 There were two Tree Creepers gleaning insects from the nearby branches. At the Pill itself we found four Whinchats, one Stonechat and a very confiding Wheatear. 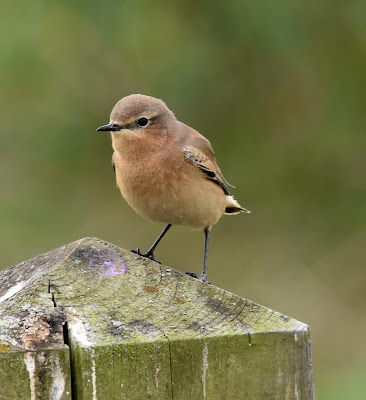 While standing on the bridge at the Pill we could just see the Common Cranes feeding in Greenaway’s where they had been for most of the morning. Distracted by the chats we failed to  notice them take off but then saw they were flying.
We watched them circle over the moor gaining height all the time until we lost them in the low clouds. This behaviour has been seen occasionally over the last several  weeks and they have eventually returned. I did not see them on Sunday and  have not heard of any subsequent reports, perhaps this time they have left for their wintering grounds in Somerset. 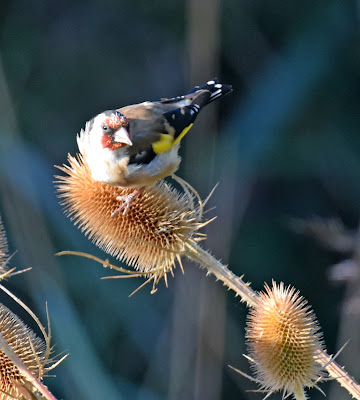 Walking along the bridleway on Sunday morning with bright sunlight behind me I was struck by the large numbers of Goldfinches both adult and juvenile. Bullfinches too would appear to have had a successful breeding season with family parties including very recently fledged juveniles feeding along the path to the first screen. Mixed feeding flocks of warblers were working through the prolific blackberries snatching at insects attracted to the ripening fruit. Willow Warblers and Chiffchaffs were amongst them as were both species of Whitethroat and the occasional Reed Warbler. 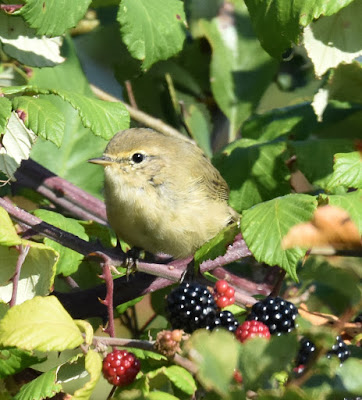 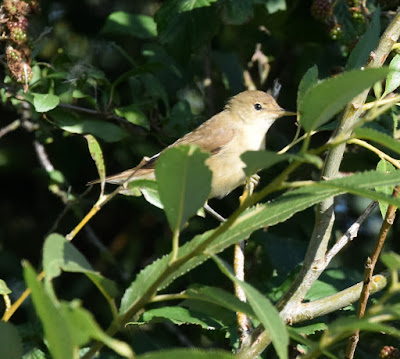 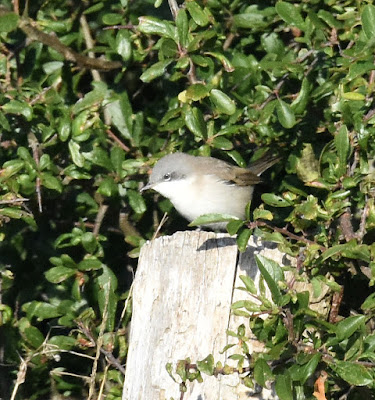 They were shooting on Sunday and so I was unable to get out to the Pill again. A walk towards Noke found Whinchats sitting on the electric fence posts at the western end of Ashgrave. At least a hundred Yellow Wagtails are roosting in the reedbed at the moment and a small flock of them were feeding restlessly on the cut grass close to the cattle. On Monday a party of fifteen or so Meadow Pipits were reported on Greenaways.
As the green of the leaves start to fade in the hedgerows the bright colours of the hips and haws start to glow, the days are contracting, changes are happening and birds are on the move.