Notmoor ! The last ten days of April in Lesvos

Having had to cancel a trip to Lesvos in April 2020 due to the pandemic we finally made it this year between 19th and 29th of April. Previous trips to the island at this time of year have resulted in seeing significant movements of migrant birds and of course the special resident and summer visiting species that the are stars of any birding visit.
The weather in the Eastern Mediterranean has been a bit unpredictable this year just as it has here, and it has had a significant impact on the pattern of migration.We did not see migrating birds in the large numbers that we had had on previous occasions. We only saw one Red-footed Falcon, a female, whilst in previous years there had been parties of thirty or forty moving through.
The pools and wetlands beside the entrance to the salt works were dry and there was a much more limited suite of birds to be found there.
We saw only one Montague’s Harrier and no Pallid Harriers on the whole trip, again in stark contrast with previous visits. Ruppell’s Warblers were not present in their regular haunt between Petra and Molivos.

There have been some changes in places that we have visited in the past, the fords in the Meladia Valley for instance, and they will take some time to re-naturalise and re-vegetate.

We still found and enjoyed Cinereous and Cretzchmar’s Buntings, found a pair of Kruper’s Nuthatches at a nest hole and had great views of a displaying and singing Eastern Bonnelli’s Warblers. 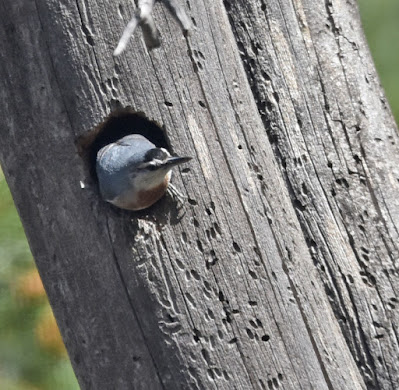 One of the highlights for me was three displaying Great Spotted Cuckoos at almost point-blank range,
another was the colony of Great Reed warblers near the ford in the Tsiknias River
and a displaying Chukar Partridge so pumped up that it ignored us!
Another treat in Lesvos are the Nightingales that seem to be singing everywhere and the amazing abundance of Corn Buntings, almost the default bird in farmland. 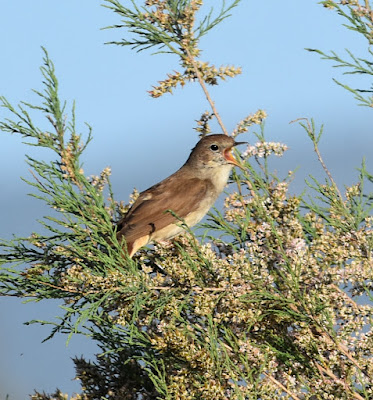 We saw some great things and of course loved the unspoiled nature of the island and its fabulous wildflowers, olive groves and woodlands. The hospitality and warmth of the islanders was as welcoming as it has always been, the Greek Orthodox celebrations in Skala Kalloni were both spectacular and moving. I am quite certain that I will be going back again another year.