End of June and into July

The summer has moved on apace and the grass is now so long out on Greenaways that sometimes the cattle can almost disappear in it. On our final C.B.C. surveys, grass that only two weeks earlier had come up to our knees now almost reached our chins and was so dewy that waterproofs were essential!

As we have slipped into July the sheer productivity of the moor has become increasingly obvious, the warm wet conditions have led to burgeoning vegetation which in turn has encouraged the invertebrate population, which naturally has been good for breeding birds with nestlings to feed.

Some warbler species have embarked upon second broods, Grasshopper Warblers have been heard reeling again in the carpark field and along the track to the first screen. This usually indicates that they are nesting again. 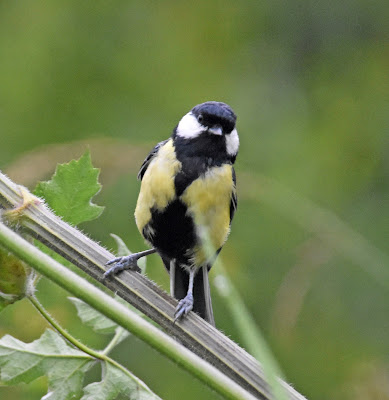 From the screens, on the lagoons and around the reedbeds the breeding successes of early summer are most obvious. The most exciting news has been the confirmation that Garganey have nested successfully on the moor this year and not just one pair!

We have always felt that this scarce and beautiful duck must breed somewhere on the moor, but for the very first time we have been able to prove it, thanks initially to a photograph of a female Garganey with nine ducklings in tow, taken by Roger Wyatt from the second screen.After this initial sighting we have often seen her and her brood on the edge of the reeds under the willows and amid the floating waterweeds out to the right of the second screen. Her nine ducklings are now reduced to just six, but some attrition is to be expected, hence the large broods. They are growing rapidly and are now about half the size of the female. Over the last week or so it has become obvious that there had been another slightly earlier brood on the southern reedbed. Just this weekend we watched an eclipse female and three much further developed juveniles, out by the willow directly in the middle of the lagoon. 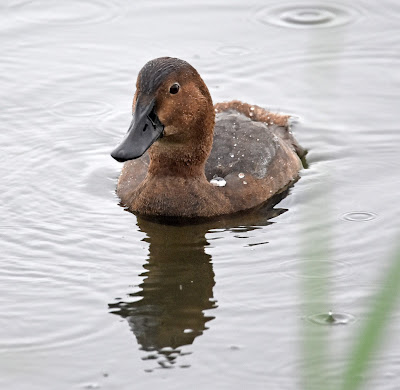 Pochard too have bred very successfully and there are now good numbers of well-developed youngsters out on the lagoon as well as some later broods that are still being escorted around by their mothers. Tufted Ducks are often the last of our regular breeding ducks to appear with ducklings and there are now three or four broods out on the water with the ducklings diving and bobbing about around the adult female. Shovellers too have done well and as the ducklings develop so their beaks become longer and more spatulate. The only slight disappointment has been the absence of any evidence that Pintail have bred. Last year they bred on Big Otmoor, a first for the reserve and for the county. We were optimistic that it might be about to happen again as there has been a drake Pintail hanging around on the northern lagoon for weeks, he is now going into eclipse. We had hoped that there might be a female nesting nearby and that we would once again see young Pintail developing, but sadly this has not yet happened, and it is becoming a bit too late for it to happen now!It has been good to spend time at the second screen and to watch the comings and goings of all the ducks and as they go into eclipse plumage to sort one species out from another. Watching the ducks is not the only interest there however as the Tern raft has been a great success this year. There were at least eleven pairs nesting on the raft and they have successfully fledged a good number of young. It is difficult to assess just how many as as soon as they are able to fly they move off in just a few days. The Common Tern chicks develop very rapidly from small fluffy balls into fully feathered fliers in what seems like no time at all. Their rapid growth is fuelled by the constant stream of fish that the parents bring in, last week one parent bird brought in what was clearly a small pike and too large even for a hungry chick, another bird we watched this weekend flew around for some time with a fish in its beak which photographs showed was in fact impaled on its lower mandible, it eventually passed it to another bird. The other beneficiaries of the very healthy fish population have been both the Great Crested and the Little Grebes, both species having successfully raised a number of chicks.Peering into the waters edge at the first screen yesterday, when it was especially calm, a huge shoal of Rudd was visible just below the surface and stretching out three or four metres from the edge. There is clearly a very healthy fish population and good water quality. 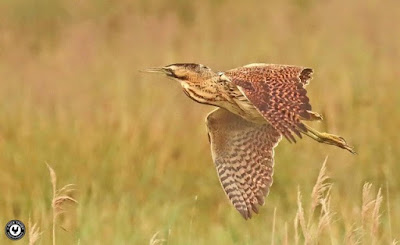 It would seem that the Bitterns have capitalised on the abundance of food, and it is suspected but not yet fully confirmed that there are two nest sites to which feeding flights are being made. Meanwhile near the top of the food chain three Marsh Harrier chicks have been fledged and there may be another nest that is still under way.We are still being visited by all three Egret species with the Great White Egrets favouring the pools out on big Otmoor and the Little Egrets turning up almost anywhere. Once the grass topping starts during the next couple of weeks, the visiting Cattle Egrets will probably be easier to find, as they roam around the fields feeding on the abundant grasshoppers.

Snipe were drumming on Sunday morning as we walked through the carpark field and along the bridleway.

From the MOD land Curlew could still be heard calling, suggesting that there are still young birds out there that are yet to fully fledge. 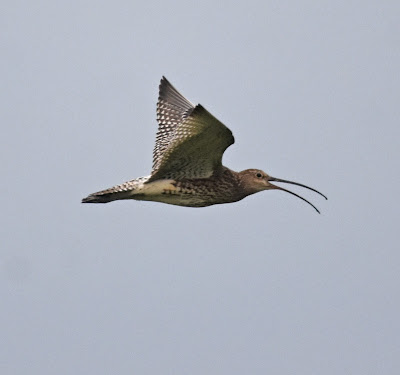 There are five or six adult Oystercatchers on Big Otmoor with a number of young birds which they are still protecting, we saw them chase off an overflying Kite on Sunday morning.

Some of the water at the southern lagoon is being released onto Greenaways and as it does so the shallow areas will emerge as mud and become very attractive to returning waders.

Already a group of Black-tailed Godwits have been seen there as well as both Green and Common Sandpipers. The area of mud promises to be more extensive than in other years and who knows what exciting birds it might tempt down?

The ” Lizard Lounge” by the first screen is enabling visitors to get great close up views of Common Lizards, what can sometimes be a very elusive British reptile.

The year-list has gained another two species with a Tree Pipit being recorded on the MOD land during a wildflower survey and just yesterday singing Corn Buntings. However there has still not been a report of Quail, which if it is heard will take the list to one hundred and sixty different species for the year.