Throughout October and into November.


October has been unusually mild and occasionally showery with no frost at all. It has however been quite misty and moist in the mornings and coincidentally many of the foggier mornings have been at the weekends when I tend to visit the moor. Autumn and early winter seem to have been delayed.
Although there have been movements of Fieldfares and Redwings seen going over the reserve, they have yet to start stripping the hawthorns of berries and occupying the hedgerows in noisy parties.

The first substantial flocks of Lapwings and Golden Plovers have started to be seen but in groups of low hundreds rather than the thousands we can expect later in the winter.


The Egret bonanza of late summer has declined with fewer appearances at the first screen of the confiding and much photographed Great White Egret. There are still reports of both Little and Cattle Egrets, but they are now much more infrequent.

The starling roost is already starting to build up and as always is attracting opportunistic raptors.

The most notable being a Ring-tailed Hen Harrier that causes consternation amongst the roosting Starlings causing them to flush in dense clouds from their initial roosting areas.
There appear to be three readily recognisable resident Marsh Harriers, all of which can be seen diving into the starlings as they settle, but strangely don’t seem to catch any. It may be that their strategy is to work through the flocks looking for weak or injured individuals. 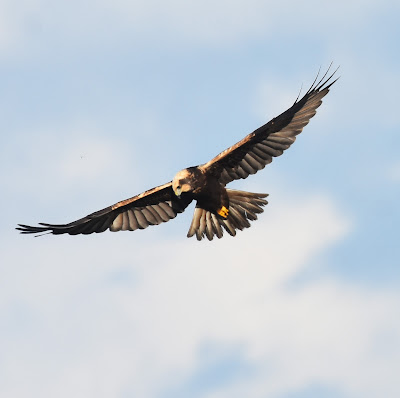 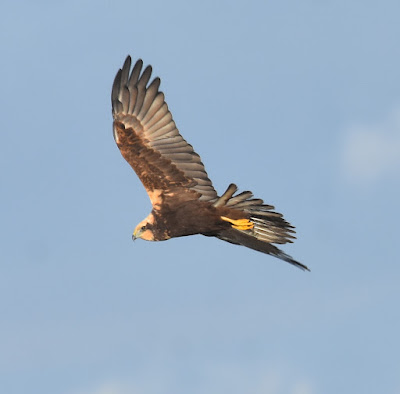 A single Peregrine has been noted regularly over the reedbed and perched high in the dead oak tree out on Noke Sides. A Merlin is present on the moor and has been seen regularly but always unpredictably, frequently just flashing low and fast across the fields, just a metre or so above the ground.
There is certainly one and just possibly two Short-eared Owls on the moor, it/they have been seen hunting in the late afternoon across the top of Ashgrave and Greenaways. The scrub that has been allowed to develop on the eastern side of Ashgrave interwoven with grassy areas mown at different heights, looks very like the gallops that they frequent on the Downs in south Oxfordshire. We saw one hunting low over Greenaway’s and Big Otmoor just this week in the late afternoon sunshine, drifting over the ground like a giant moth.


Winter finches have arrived with a smattering of Redpolls being reported along the bridleway, there have also been Siskins seen and heard.

A Lesser-spotted Woodpecker was seen and photographed near the second screen, it was seen more than once and may very well still be in the vicinity, feeding and moving with a roving tit flock.
A Rock Pipit was heard flying over plus a Black Redstart seen in on a roof in Charlton-on-Otmoor bring the yearlist for the Otmoor Basin up to one hundred and sixty-five species.


We will shortly be starting the winter finch feeding programme adjacent to the hide, this should attract a large number of Linnets, Chaffinches and Buntings and might very well attract some scarcer seed eaters, such as Brambling or even Tree Sparrows. During the last couple of weeks while undertaking tractor work across the fields, RSPB staff have flushed several Jack Snipe. It will be worth looking carefully at the reed stubble in front of the first screen to see if one can be spotted feeding on the edge. 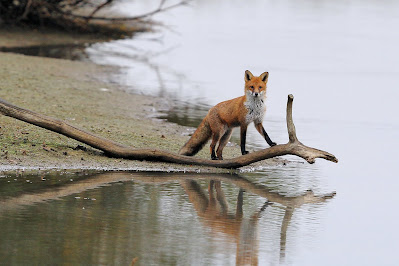 Two Otters were seen crossing the bridleway last week and a Fox was spotted out on in the reed bed in front of the screen.

This past weekend (start of November) saw the first significant influx of both Fieldfares and Redwings.