Autumn has truly arrived and the equinox has come and gone. It has been an averagely warmer September than usual. After a steady run of generally dry warm days the end of the month there has been a pattern of low-pressure fronts bringing occasional spells of heavy rain.

The cooler nights have meant that we have experienced some early morning mist and fog patches, that in the still air, have laced the abundant spiders’ webs with strings of pearls. 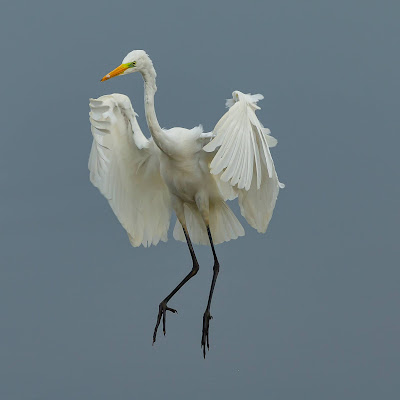 I could populate a whole blog with the series of stunning images that have been taken by many different photographers over the past two weeks of the Great White Egret. It has spent most of its time on and around the lagoon in front of the first screen and has been remarkably confiding. 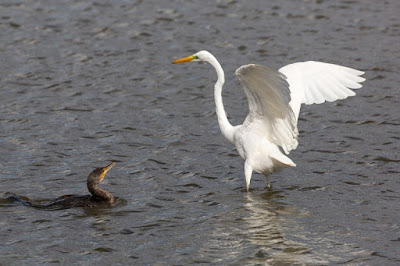 It has been coming so close to the screen that photographers have had to remove teleconverters from their equipment in order to fit the bird on their screens. It has been fascinating to watch its fishing techniques, sometimes stalking purposefully and stretching its extraordinary neck out to the side, at other times literally hopping and fluttering over the water, presumably to flush the fish.

It has often seemed to work in concert with the Cormorants, taking advantage of the diving birds as they panic the shoals of Rudd.

We have also become very blasé about the Cattle Egrets that have been out around and amongst the livestock.
Although their numbers have gone down during the last couple of weeks, after a peak of over twenty at the start the month, there are still two or three to be found out on one or other of the fields.
Little Egrets too have been ever present, sometimes in double figures and often feeding out on the Greenaway’s scrapes.
Garganey were present for all but the last couple of days of the month with a maximum count of ten mid-month, there were six young birds and four eclipse adults. It was interesting to notice that when they were swimming, they appeared to be lower at the front than at the rear, something we had not realised before and possibly another id pointer. The first of the Wigeon have arrived still in their rather plain eclipse plumage. 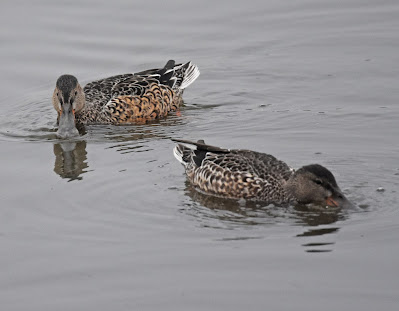 There are also rather more Shovellers present than earlier in the month. The two, apparently juvenile, Pintail continued to spend a lot of time at the far end of the lagoon.
Bitterns are being seen regularly as they move between feeding areas in the reedbed and along the ditches.
Snipe have been abundant on the lagoon and there have been a few other waders coming through including occasional Black-tailed Godwits and a mobile flock of what we assume are resident Lapwings.
Out at the Pill and on Greenaways there have been Stonechats, Whinchats and a smattering of Wheatears. We have often come upon mixed feeding flocks of Tits and Warblers, these feeding parties often seem to coalesce around flocks of Long-tailed Tits. 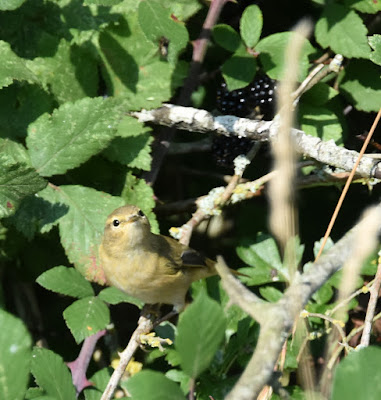 Although most of the warblers have gone there were still Willow Warblers and Chiffchaffs amongst them, last weekend, they were flycatching insects among the brambles at he second screen. After a period of relative quiet Cetti’s Warblers are become more vocal again as they stake out territories for the winter. 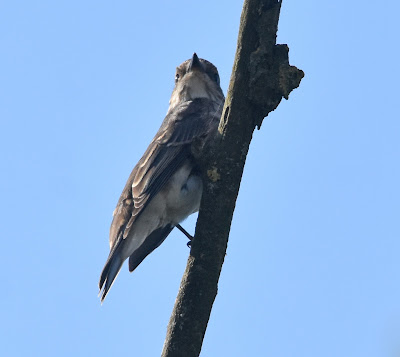 In the middle of the month there were a couple of Spotted Flycatchers hunting from the dead elms, midway along the bridleway.


It was very encouraging to hear that “our” Cranes have made it back to the Somerset Levels with their youngster in tow and we look forward to their return next spring. It was also very exciting to hear that one of the three Curlews chicks fledged on the MOD land, that were ringed and given numbered “flags” on their legs had appeared and been identified on the west coast of Ireland in County Kerry, three hundred and forty miles away!

We have recently taken delivery from the printer of the first edition of “The Birds of Otmoor”. It is a booklet produced in cooperation with the Oxford Ornithological Society as a part of their “Patchwork Project” which produces guides to important sites within the county. In it I have described the over two hundred and twenty species that have been recorded in the Otmoor Basin. I have also added a site map, a seasonal guide to the moor and also a record of the mammal species that are to be found there. It can be purchased from the Abingdon Arms in Beckley, by post from Barry Hudson the secretary of the O.O.S. whose e-mail address is: secretary@oos.org.uk or from myself on the moor most Saturday and Sunday mornings. 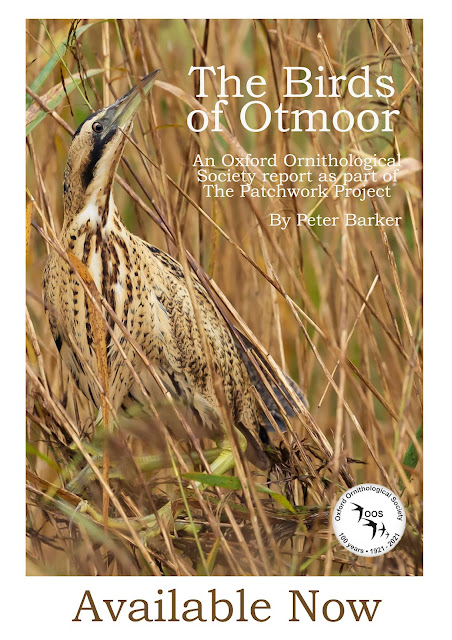