Rest of August and into September

August is often a quiet birding month but this year it has been quite the opposite on Otmoor. Autumn passage has started somewhat earlier than we usually expect. There has been a steady stream of waders coming through the scrapes and lagoons.

As the water levels have drawn down at the first screen reed stubble and mud has been exposed, offering excellent feeding conditions for waders.
The water has been receding slowly, which steadily allows access to new feeding areas as it does so. Snipe have been taking advantage of this and there have been up to fifty present, although they are difficult to count, their cryptic plumage blending perfectly with the reed stubble.
Greenshanks have been regular, delicately picking their way around the margins, as have Green and Common Sandpipers. 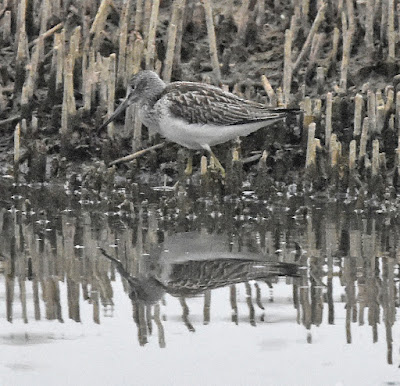 Lapwings have been using the muddy banks not for feeding but as safe daytime roosts, where they can preen and rest. 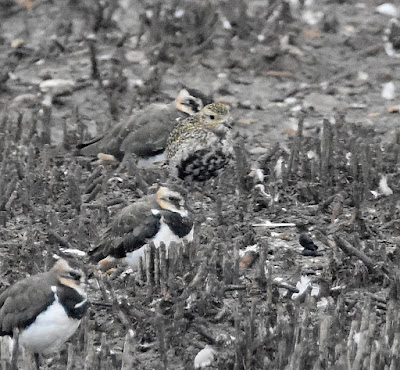 Three weeks ago, there was a very early returning Golden Plover still in remnants of its summer plumage. 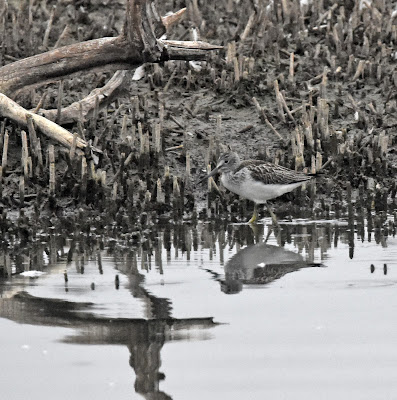 An exciting find just this weekend was the second Little Stint to be seen on the moor this year, the other was a spring passage bird seen in a more remote part of the reserve. It was good to have the chance to appreciate just how small this diminutive wader is, as it was towered over and sometimes chased about by Snipe.


Ducks too are loafing on the banks as they moult their feathers. There are still several Garganey amongst them and there are three eclipse plumage Pintail out at the far end of the lagoon The scattering of white and grey feathers can sometimes make it look as if there has been a light dusting of snow.

At the second screen up to seven Mandarin ducks have been seen, often perching on the low branches of the willows on the right-hand side or sitting on the now deserted tern raft.

All three Egret species have been very much in evidence across the reserve. 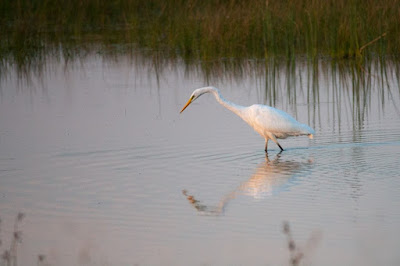 Whinchats have appeared in all the regular places that we expect them every Autumn as have Redstarts and Spotted Flycatchers.

Sightings have been reported from The Pill, Long Meadow and Lower Farm at Noke. There were at least four Whinchats together out at the Pill last weekend.


The biggest news this month however has been confirmation of the first successful fledging of a Common Crane on Otmoor. Certainly not the first ever but probably the first for over five hundred years! I have reported the comings and goings of “our” Cranes over the last six years and their trials and tribulations in attempting to breed.

Whenever chicks have been successfully hatched, they have inevitably succumbed to predation at different times before they mastered flight. Ground nesting birds such as Cranes are vulnerable to predation at all stages of their breeding cycle. The Cranes that did finally succeed were not our original pair, but a second pair that first arrived on the moor in 2020 and manged to hatch a chick that unfortunately did not survive as long as a week. This year however “Ted” and “Excalibird” the parents, took advantage of the rapid grass growth that hid their nest and once hatching had occurred also concealed their chick.
Otmoor had remained wet for much longer than recent summers which helped to ensure an abundant source of food for the developing youngster.
Swallows and Martins are gathering in small flocks and feeding over the reedbed and will soon depart to be replaced in a months’ time by a different suite of birds. In that transitional time something rare and interesting might well appear. 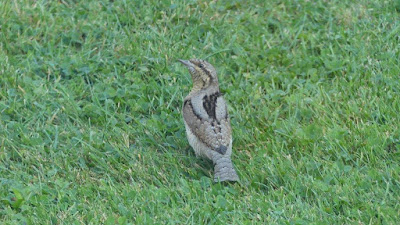 Already there has been a Wryneck feeding on a lawn in a private garden in Oddington, which by my criteria qualifies it for the Otmoor list and makes it the one hundred and sixty-third species for the year. 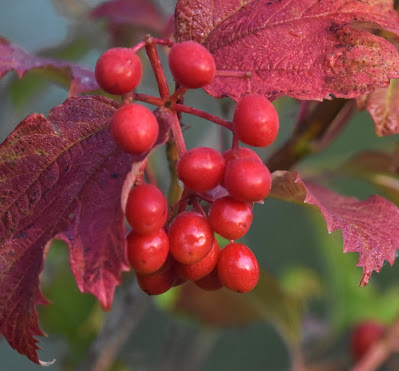