Running up to Christmas 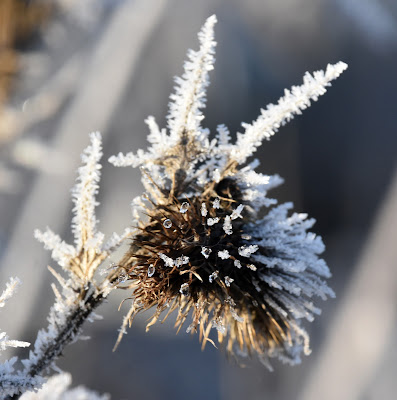 The next few weeks will determine what effect this has had on the bird life across Otmoor. It will be very interesting to see how birds like our Cetti’s Warblers have managed.
There was one winter over ten years ago when we lost our entire population, the birds returned, but it took well over a year before we heard them back on the reserve again, and several years before the population recovered fully.

We were seeing large flocks of Golden Plover just before the cold snap and as usually happens the birds departed once the ground became too frozen for feeding.
Large flocks of Lapwings also left and will undoubtedly return as the weather recovers. Fieldfares and Redwings are still scavenging the last of the berries from the hedgerows. 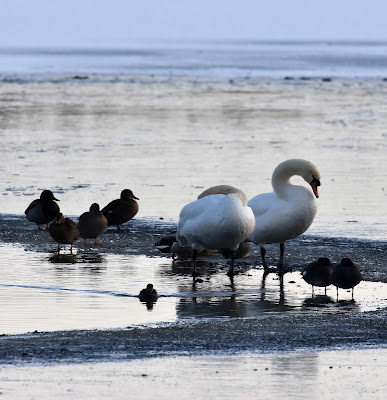 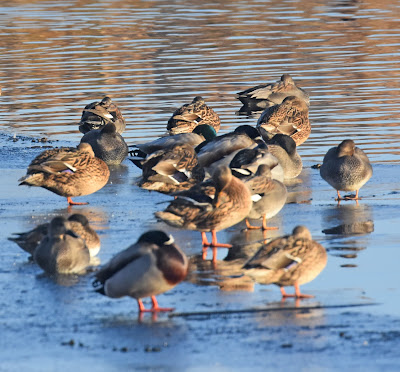 The lagoons did not freeze over completely and a number of Mallard, Teal,  Shoveller    and Wigeon could be seen standing disconsonantly on the ice around the open leads of water.
Bitterns could be seen from time to time either moving between feeding areas or taking advantage of the wintery sunshine. 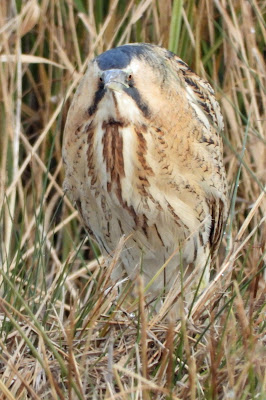 The Starling roost often collapses when the reedbeds freeze over, but this does not seem to have happened yet this winter. 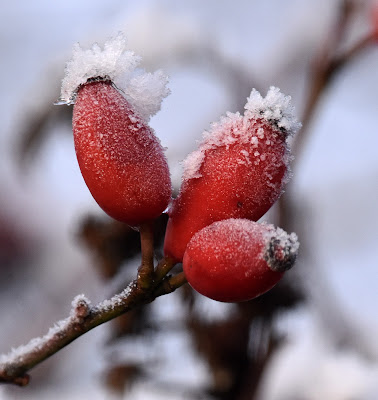 The large numbers of Starlings continue to attract raptors, Peregrines and a single Ring-tailed Hen Harrier are often being seen along with the resident Marsh Harriers and Sparrowhawks. Red Kites patrol the edges of the reedbed every morning on the lookout for overnight casualties. 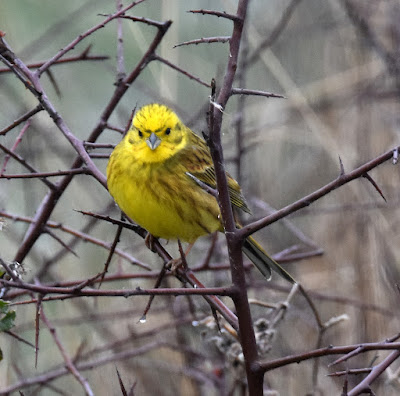 We have started the winter seed feeding programme alongside the hide. It has surprised us just how rapidly the birds have found this food supply and how rapidly their numbers have increased. 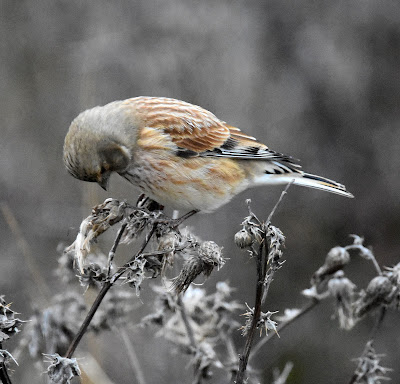 Good numbers of Reed Buntings, Linnets and Chaffinches are predominant. However, there were at least seven Yellowhammers amongst them this weekend and the first male Brambling we have recorded this winter.


Otters are still being seen regularly including one individual out of the water and walking around on the ice.


Cold weather often coaxes secretive birds out of cover and this cold snap has been no different. A Water Rail has been feeding out in open under the feeders in the Carpark Field. It has been interesting to see it beside the larger, plumper Moorhens and to appreciate just how slim and delicate it looks in comparison. 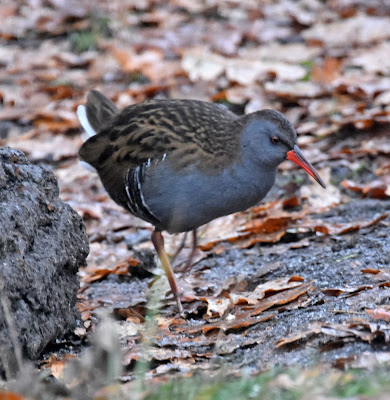 It has also been possible to see just how subtle are its colours, with beautiful slate blue flanks and its red dagger beak.
The Otmoor yearlist stands at one hundred and fifty-five species, and seems unlikely to grow any more his year, although species such as Little Owl, Ring-necked Parakeet, Grey Plover and Grey Partridge have not been recorded this year…..there is still time!