Second half of May

“Springwatch” has started this week on the TV and that always means that it is almost summer! Spring this year has been very cold and dry in April and cold and excessively wet in May. Global warming doesn’t always mean that it is going to be hotter everywhere, what it does mean is that weather patterns and conventions are going to be disrupted and change. The altered pattern this year has resulted in later greening and blooming of trees and bushes and consequently fewer insects for birds to feed on and a delay to the start of the breeding season. 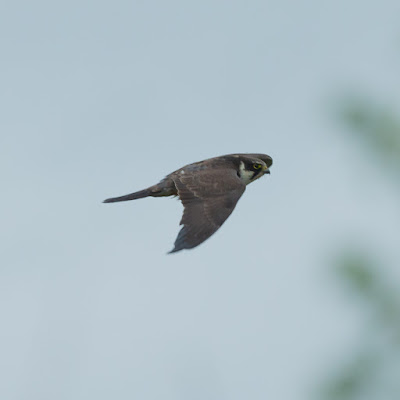 On the moor the cooler temperatures have meant that very few dragonflies and damsel flies have emerged, and this has made things hard for the Hobbies that feed on them when they are newly arrived from the south. By the 25th May I had seen no dragonflies at all and on that day saw my first Banded Demoiselle. I imagine that the emergence of odontata is governed partly by the water temperature.


There is still a lot to be seen however, and many of our “star” species have been showing well. The long staying (almost resident) Glossy Ibis is very much at home on the Closes and is becoming increasingly confiding and tolerant of people. It will often feed close to the track through the carpark field and can offer superb photo-opportunities for the patient. 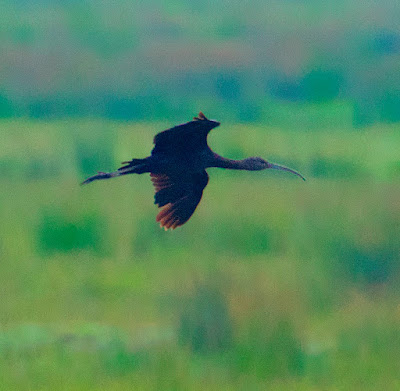 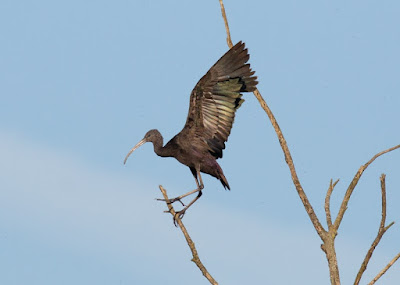 There have been regular sightings of two Great White Egrets across the moor with them favouring Greenaways and Ashgrave, sometimes they behave like a pair and other times are totally separate.

There have also been significant numbers of Little Egrets on the fields and scrapes with one party of twelve on Big Otmoor yesterday (30th May) in addition to the smaller parties of twos and threes scattered over the whole site. On Saturday we picked up an egret flying across Ashgrave that had a yellow bill and shorter neck, plus its wingbeats seemed too rapid for a Great White. We looked out across The Closes where it had landed and sure enough it was an adult Cattle Egret, in the scope it showed an orangey tone to its head. We completed our suite of Egrets with a Great White that flew off Greenaways and over onto the MOD land. I think Saturday 29th May was the first time that all three common Egrets have been seen on the same site on the same day in Oxfordshire.


The Common Cranes that have been coming to us in the spring and summer for the past seven years are once again offering some spectacular sightings and posing some interesting questions. There have been up to six different birds present and we have frequently seen mating and courtship behaviours as well as some very physical territorial disputes. Three of the birds are colour ringed and we know their specific identities but there have also been three unrung birds one of which is a male and who we believe is the progeny of two other birds in the re-introduction programme. 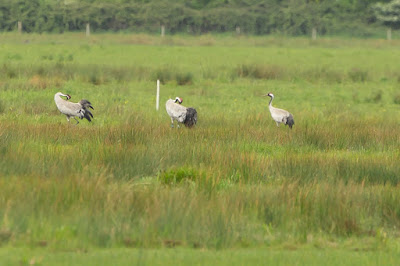 Two of the birds may be a pair but do not always behave as if they are! They have been commuting regularly between Otmoor and another Oxfordshire site often being photographed as they overfly Farmoor. The comings and goings of all these birds is yet to result in any successful breeding outcomes but does provide an ongoing narrative worthy of a soap opera.

Bitterns have continued to boom throughout the month and if they have nested successfully, it will not be long before they start to be seen making feeding flights out from where the chicks are hidden in the reedbed. The males take no part in either the incubation or the raising of the young. Marsh Harriers are roving over the whole site and both male and female birds are hunting actively which suggests that they may well be provisioning chicks, we have seen several food passes where the male comes in with food and calls up the female to receive the food item in an aerial exchange.

Cuckoos are chasing and mating and last weekend I noticed that the one being pursued was a hepatic female. We have hosted one of these more unusual morph Cuckoos for several years recently but failed to see one last year.

Over the last couple of weekends low cloud has meant that large numbers of Swifts and hirundines have been feeding closer to the ground and often low across the water at the first and second screens. They have also been hunting in the lea of larger trees picking up insects that have been blown out of the trees, especially the oaks and the poplars behind the first screen.

At the second screen the Common Tern colony now numbers around twenty birds although it is difficult to work out how many birds are sitting on eggs and there may be others out fishing. When ever a bird returns there is a lot of calling and shrieking a tern colony is never a quiet haven!

There is also a pair of Great Crested Grebes on the lagoon, and they currently have three stripy chicks that are spending most of their time riding around on the back of one or other of the parents.
Drake Garganey are still on site, being seen both on Big Otmoor and the northern lagoon. We have not seen a female for a while, and we have speculated that there may be one or two hidden away somewhere, sitting on eggs.

Likewise, there is still a drake Pintail lurking around the low willows out to the right-hand side of the lagoon. Pintail bred on Otmoor last year for the first time, not just for the site but also for the county and we are wondering if it might happen again.


Warblers are working hard to catch up with their breeding cycles and birds can be seen carrying bills full of food or nest materials into the depths of brambles and bushes, whilst there are still late comers singing hard as they advertise for mates or stake claim to territories. 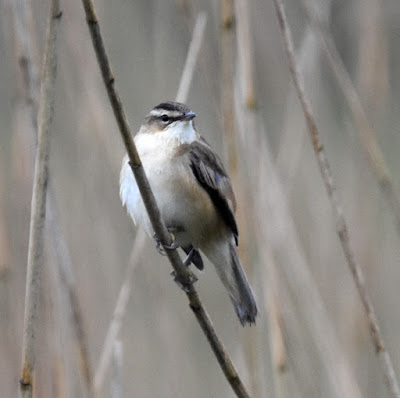 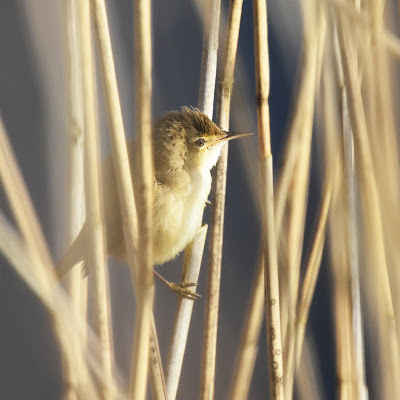 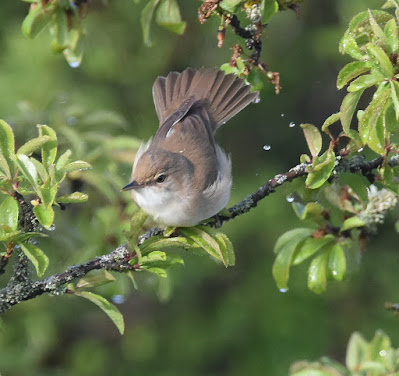 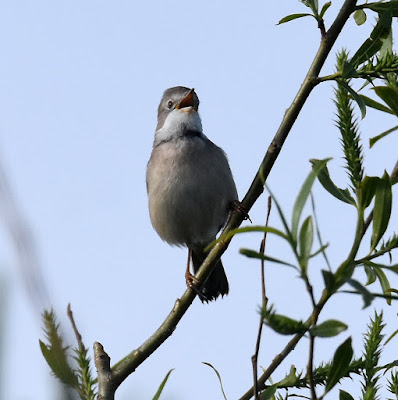 There are several hundred larger subadult gulls on the reserve loafing about on Ashgrave and Big Otmoor. They are mostly Lesser Black-backs and some Herring Gulls but are probably worth some careful grilling as there could be a Caspian Gull lurking amongst them.