The wet and stormy weather over the last few weeks has had a huge impact on the way that the moor looks and feels. It has also had a massive impact on the birdlife to be found around the reserve. Scrapes, pools and lagoons are once again full, and the long summer drought seems a long time ago. 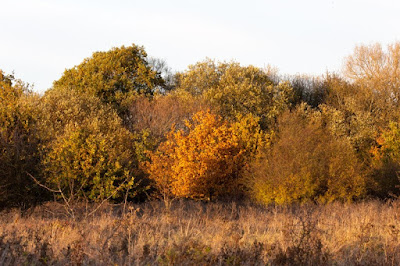 The leaves on all the trees and in the hedgerows are flaring with last blaze of autumn colour.

What has taken the eye and attracted the most interest recently has been the raptors. That are now much more active and obvious. 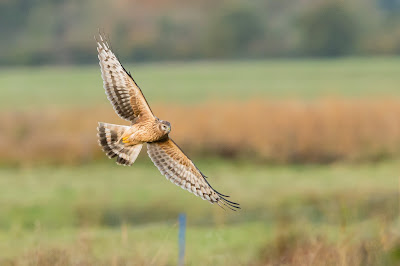 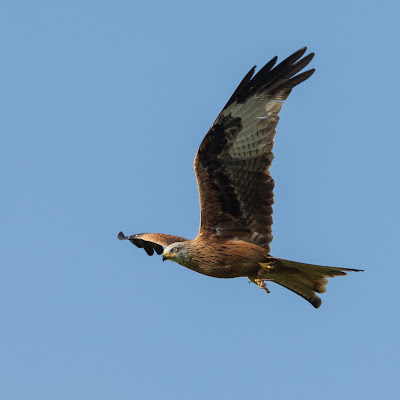 Over the weekend we recorded all eight of the regular winter species including the more elusive Merlin and the rare Hen Harrier. Peregrines also made appearances, but unpredictably, as they tend to be. We were pleased to have identified from photographs two different juvenile Hen Harriers. They are roaming widely across the moor and are best looked for from the bridleway looking across towards the northern boundary hedge. Merlin was seen both across Greenaway’s and the Closes but as always these are” blink and you miss it” sightings.


What has attracted these birds is the steadily rising number of prey species. Two or three hundred Lapwings are frequenting the moor with at least a similar number if not more of Golden Plovers.
There is a substantial Starling roost taking place but as yet there have been no spectacular displays. The birds have been arriving and going straight down to roost without producing a shape shifting spectacle. This roost has been attended by Marsh Harriers and by at least three Barn Owls.
Out on Greenaway’s two Short-eared Owls have been seen just as darkness falls. As the fields have flooded many small mammals have been forced to move to higher ground and several were witnessed swimming out in the fields, offering easy targets for opportunistic hunters.

On several evenings Woodcock have been spotted flying between the scrub in the Carpark Field and the flooded areas on Greenaways and Closes.


On Thursday evening three swans were seen coming in the gathering dark, from the north and landing on the southern lagoon.
When I looked closely, I realised that one was a Whooper Swan. The mute swans that it had landed with were quite belligerent and the male threatened it and chased it around the back of the island and out of sight. It is always exciting to see these “ proper” wild swans and it was the one hundred and forty third bird to be recorded on Otmoor this year. 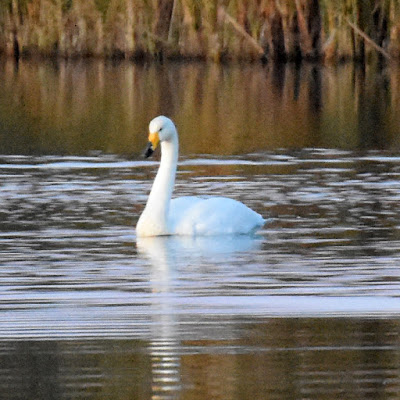 Wigeon numbers have finally started to grow perhaps as a result of the colder weather and northerly winds encouraging them south. 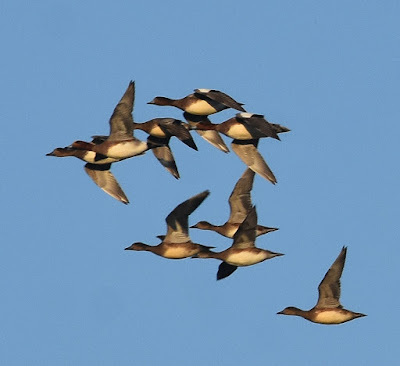 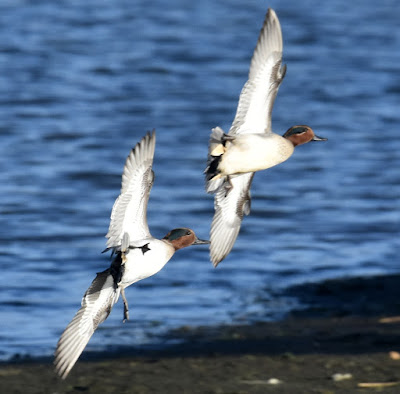 Redwing and Fieldfare numbers on the other hand are still low although we did find a small mixed flock feeding in July’s meadow on Saturday morning. As is usual with these birds they are very skittish and flighty when they first arrive.


Snipe are taking advantage of the flooded grassland and on Sunday morning at least thirty were steadily flushed out from part of Greenaway’s as the cattle moved through the area where they had been feeding. 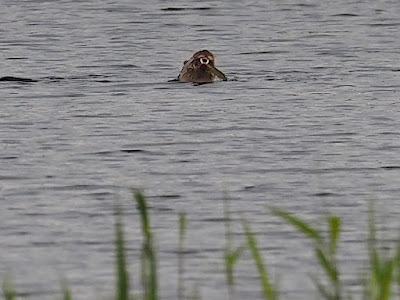 The Otters have continued to be great crowd pleasers. They have appeared daily, often several times during a day, at the southern lagoon. They have seen to be catching plenty of fish some of them of quite respectable size. However, this weekend if one wanted to see the animals it was always better to be at the first screen when I was not in there as I missed them by minutes on at least three occasions! This week three were seen together confirming that this is indeed a female with two cubs. 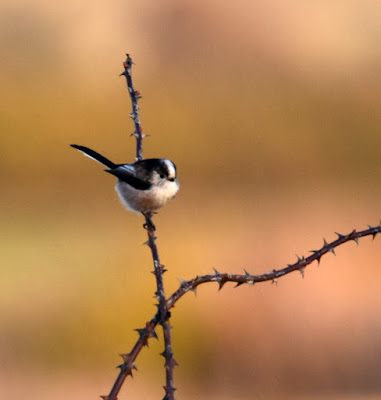